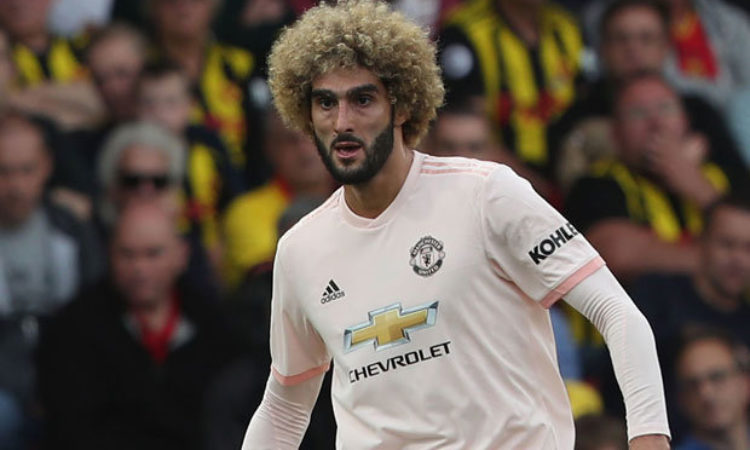 Fellaini could be the Key to Manchester United’s midfield Problem

Jose Mourinho’s midfield problems seems to have met its solution as a player have rised up to the occasion. That player have become Marouane Fellaini incidentally.

The Belgium international was superb on Saturday in different ways. Fellaini provided huge screen for central defenders Victor Lindelof and Chris Smalling who were in dire need of it.

Fellaini at the middle of the park released Pogba as the Frenchman was afforded liberty to roam around the midfield and do what he does best. The Belgian played a pivot role in the midfield while Pogba joined in the club’s offensive with attempts and passes.

A close analysis of the game showed that the former Everton player was always spotted Andre Gray and Troy Deeney in what is described as a disruptive manner each time Watford were on the break. Fellaini when he joined the Red Devils attack was always spot on as he for once justified that he is a “Manchester United player”.

Saturday’s game proves that the former Everton midfielder is beginning to understand his game at the theatre of dreams as he is becoming dominant in both boxes. The Belgian seems to invent his own role at the club. Fellaini’s current role is not defensive midfield but more like a sweeper in front of the center halves. The most important benefit of Fellaini is that he affords Pogba more room to operate.