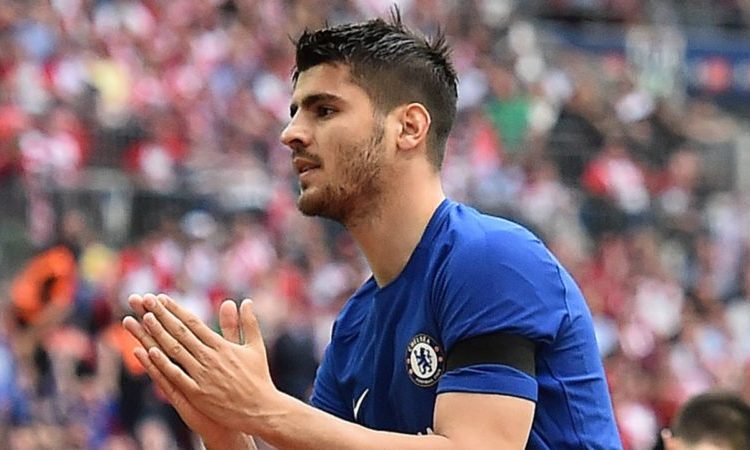 Alvaro Morata had stated that he considered leaving Chelsea in the previous summer while terming his first season at the Bridge as a “disaster”.

The 25yr old Spaniard joined the Blues from Real Madrid in the summer of 2017 and began on a high for the Blues, but found it difficult to maintain consistency in the second half of the season. He scored only thrice in 23 games of the second half of the football season and it ultimately cost him the World cup with the Spanish team. Morata was linked in the last window to both Spain and Italy as he searched for revival.

“It was a disaster last year, I did not know where I was, I was not happy. Not going to the World Cup was hard for me. I did not have the best season and the coach made the decision. “I signed for Chelsea to be there and I was not, although that ultimately made me motivated. “I do not hold a grudge against (former Spain coach Julen) Lopetegui, I’ve lived a lot of nice things with him too, it was his opinion and I did not do my best season either. “But I do not hold a grudge against anyone, I wish him all the best and more now that he is at Real Madrid.”

The Spanish center forward admitted that he took his international career for granted and ultimately paid the price. He added: “I experienced it, it was a very hard moment that has already happened and it’s not worth looking at the past, I’m going to do everything I can to go to the next one, it was a difficult moment because I thought I was going to go. When you start playing football and watch the World Cups on TV, it’s your biggest dream to play it with your country, I had a very bad time, I wanted my team-mates to win it but of course I wanted to be there and it was a very difficult moment”. “There are times I have stopped valuing coming here, you do not think about it until you see the national team matches from your home and you know that it is the greatest thing to be with Spain, I hope to come for all the games.”