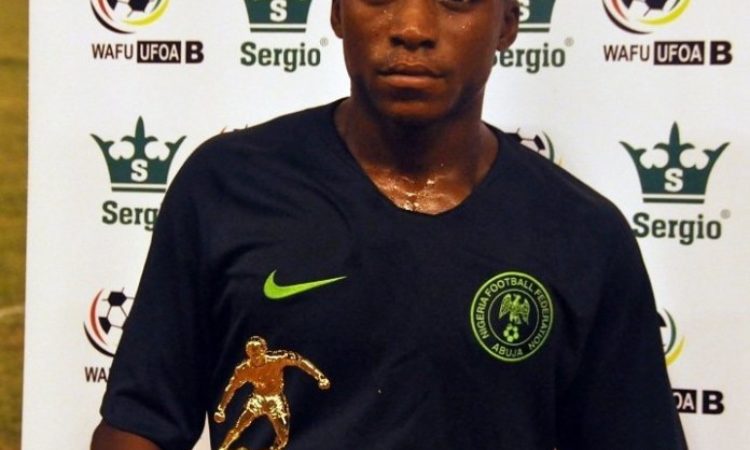 Olusegun Olakunle according to reports closes in on the top scorer accolade on Wednesday after scoring Nigerian’s second goal in the 2-1 victory over host country Niger to secure a place in the finale of the tournament on Saturday.

The youngster who incidentally won the man of the match award is expected to aim for both individual and collective glory against opponents Ghana in the final to win the golden ball accolade as well as helping the nation pick the only ticket to the Africa Cadet tournament proper in Tanzania.

This comes after Olusegun got the assurance goal that ensured that the Nigerian team played in the finals of the WAFU zone B qualifiers with victory in the second semi-final game of the competition.

The Eaglets began the game in a bright start with series of attempt on goal as the displayed their dominance. Despite their strong grip on the game, Nigeria failed to break the resolve of the host. The host after long hours behind the ball were rewarded with a clear cut chance but the host failed to convert. The host however, were made to rue their miss as the Eaglets took advantage of their weak full back to take the lead. Mohammed Ibrahim broke into the defense and deliver an inch perfect cross to Akinkumi who drew first blood in the game before the break. Thirteen minutes after the break Olusegun doubled Nigeria lead. Niger pulled one back but the goal was merely viewed as consolation as Nigeria book a place at the finals.