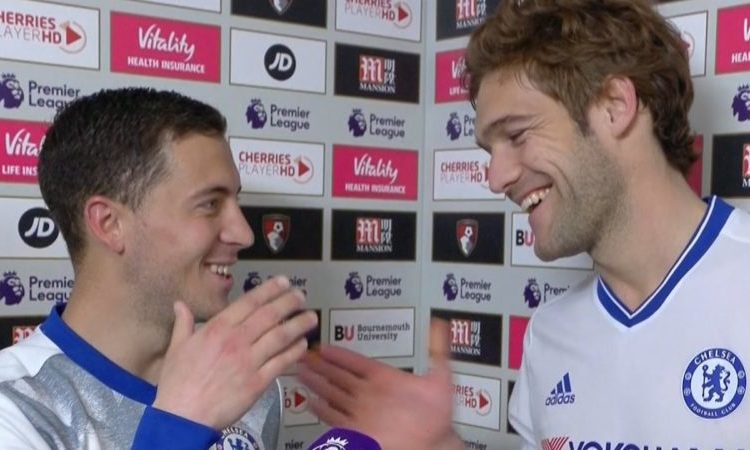 Chelsea defeated Newcastle 2-1 on Sunday, to make it three wins in their three opening games of the 2018/2019 league season. Chelsea left back Marcos Alonso was involved in the two goals, with the Spaniard getting a penalty kick for the blues, while having his shot deflected in the 87th minute to ensure Chelsea leaves Saint James Park with all three points. While the winning goal have been judged to be an own goal from Yedlin, Alonso have laid claim to the goal.

Hazard who made his first start of the season for the Blues, also responded to the media. He said: “Everyone was thinking to draw when they scored but we are Chelsea and we never give up”. “We did well, created a lot of chances and we deserved to win. I feel tired tonight, but the whole team is tired but we have the points”.

Alonso in his post-match interview with Sky Sports said: “If the ball goes in the direction of the goal maybe it is mine,” The Left back was also involved in the first goal after Schar brought him down inside the box. The camera replay showed that Newcastle player had a slight contact with the ball before getting him.

Alonso however believes that the referee’s decision to award a penalty was correct. He said: “I think I touched the ball and got in front of the opponent. It’s not that I felt the contact and went down, he made me”.

Chelsea turns attention to their next weekend when they host Bournemouth, before the international break comes up.