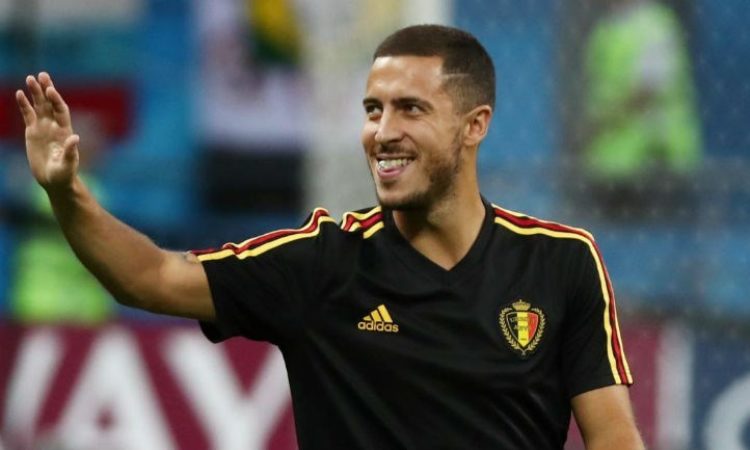 The 27-year-old Chelsea Superstar has confessed about his admiration of France and Paris Saint Germain youngster Kylian Mbappe, who will on Tuesday

play as a direct rival to Eden Hazard as Belgium takes France in the semi finals at the World Cup.

Eden Hazard was so impressive in their surprise win over Brazil last Friday in the quarter final, Hazard broke a World cup record since 1966, as the first player who has a complete dribble of 10/10 in a single World Cup game. And is planning to unleash more against the Les Blues.

While France and Mbappe who eliminated Uruguay earlier last Friday, waits for the challenge from Belgium tomorrow.

Although, Kylian Mbappe didn’t replicate same form that saw them thrash Argentina in the Last 16, but did contributed a lot with his work rate, he has scored a total of 3 goals so far and is among the players vying for the tournament highest goal scorers.

Hazard told Beln Sport, (Mbappe? I have spoken to him on the phone quite a few times, He watched footage of me when he was a kid. Now I watch footage of him! I have mad respect for what he does at his age. In modern football, it’s unheard of).

However, Hazard is said to be conscious of his fellow Chelsea teammate N’Golo Kante, who he believes to be the best in his position at the moment.

The 27-year-old added, (I play all year with [N’Golo Kante. He is the best in the world in his position, when he is at his best, you have a 95 per cent chance to win the game).

Meanwhile, Hazard admitted that France previous World Cup-winning side helped him a lot in building his confidence, despite the fierce rivalry between the two Nations.

Hazard recalled, (I grew up with 1998. We were maybe more France fans than Belgium at the time).

France and Belgium meets on Tuesday, to know who will play either England or Croatia in the World Cup final.