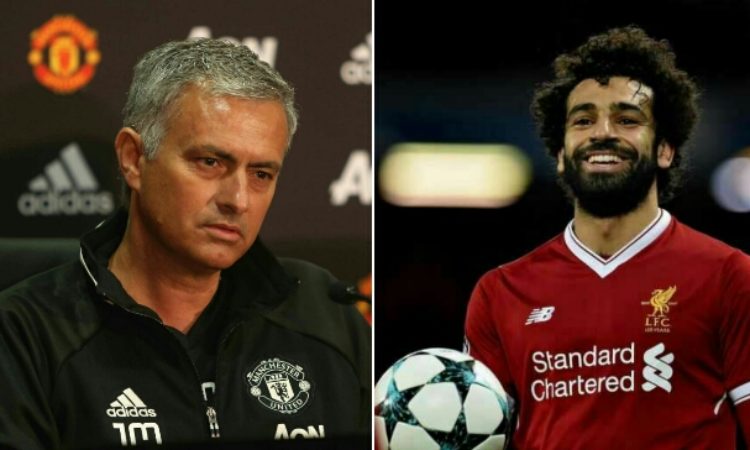 He is one of the fastest Players in the world: Mourinho praised Salah ahead of Egypt Match

The United boss Jose Mourinho has heaped praise on Mohamed Salah ahead of tonight’s encounter with Russia but the acclaimed Special One said that the Liverpool forward can be stopped.

Mohamed Salah was prolific under Jurgen Klopp last season with the Egyptian scoring 44 goals in all competitions for the Reds. Mourinho also revealed the best way to tame Mohamed Salah in a match.

The Liverpool striker was contained by Ashley Young in Manchester United’s 2-1 win against their fiercest rivals in February of which Salah didn’t record any shot on target. That encounter was seen as Salah’s lowest performance in an incredible season that saw him score 44 goals in all competitions, and also fired Liverpool to the Champions League final, which also made him win both the PFA and Football Writers’ Player of the Year awards. The 26-year-old is expected to be one of the stars of the World Cup but Mourinho has revealed the host Russia some tips on how to stop Salah.

Jose Mourinho who is working as a pundit for Russian TV, said: “I don’t want to say he is the fastest, but one of the fastest players in the world. When he is with the ball, without the ball, he can dribble, he can attack spaces behind defenders.nevertheless, the former Chelsea player who was sold by Mourinho during his second stint with the Blues , failed to score against Manchester United in February as the Red Devils won 2-1.

Mourinho boost that Salah who will likely face Russia on Tuesday night in their World Cup clash, can be silenced if only the Russian defenders play a high line against the forward. He said ‘‘Russia must not go out defending but should come out and play well but they have to react better when they lose the ball.” Mourinho stressed that Russia’s Group A clash with Pharohs’ on Tuesday night will be a tough one considering the fact that Egypt are a good side, Mourinho added: “Egypt can beat Russia,  but I don’t think Russia can score many goals like they did against Saudi Arabia.

The game against Egypt is the crucial match of the group of which Egypt must not lose, if not they are out of the World cup.