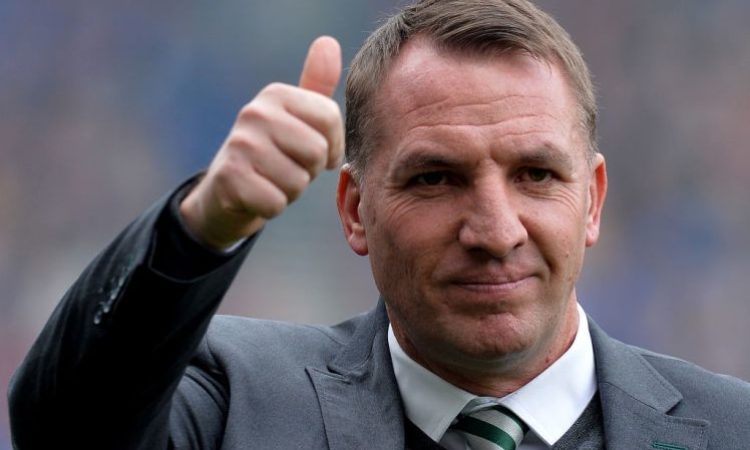 Ex Celtic player Darren O’Dea has hinted that it will be very difficult the club to keep it’s strikers happy.

After his season-long from Paris Saint Germain, striker Odsonne Edouard finally signed permanently for the Scottish Champions in a club record fee of about £8m, making him highest signing Celtic player ever.

The Paris Saint Germain man will have to battle it out with the likes of Leigh Griffiths and his fellow country man Moussa Dembele for a starting place.

Speaking on Sportsound, O’Dea said, (How do you keep them happy? They have spent a huge amount of money. You have got Dembele, who is getting touted for £30m and you have got Griffiths, who is prolific and Scotland’s number one striker. Griffiths, he’s matured a lot and he’s done well but he ain’t happy when he’s not playing. I know people say, ‘Celtic play 60 games’. Well they’re not going to be happy playing 20 games each because if they play in the system they have played, which is one through the middle, it’s not enough. It’s not enough for any one of them. They’re all that good. They’re completely different).

The 20-year-old French striker despite being on loan netted 11 goals in 29 appearances for Celtic last term, while Griffiths, the Scottish striker also scored 13 goals in 39 appearances and also bagged two goals for Scotland despite suffering injury in most of last season.

However, 21-year-old Moussa Dembele, who was touted as one of the best strikers in his first season with Celtic, also suffered injury in most part of last season but still strive to score a total of 16 goals after 39 games.

Griffiths spoke out his intentions, saying that if given the starting opportunity, he will try all possibility in keeping the starting role all to himself because he deserve a regular playing time at this moment of his career.

Notwithstanding, according to another Ex Celtic striker Scott McDonald, who said that the decision is left for the Celtic manager Brendan Rodgers to make, maybe he has a better formation that will accommodate two out of the three strikers.

Scott said, (It gives him the opportunity and the option now to change things up if he wants to, and a little bit more in terms of the shape that they play,” the Australian told BBC Radio Scotland. I think we might see that a little bit more this year compared to the last two seasons. People are starting to now wake up to what Celtic are doing and what they do in that certain shape. He’s changed it, he’s tried to overload the midfield with six. He can now play two up front if he wants to with Edouard, because I think he looks a better player anyway when he’s playing with someone).

However, it’s yet to be seen how Brendan Rodgers will unleash his attack in order to keep the three strikers happy and running for goals when called upon. With these set of strikers on his disposal, it’s believed that Celtic have all it takes to defend their crown next season.