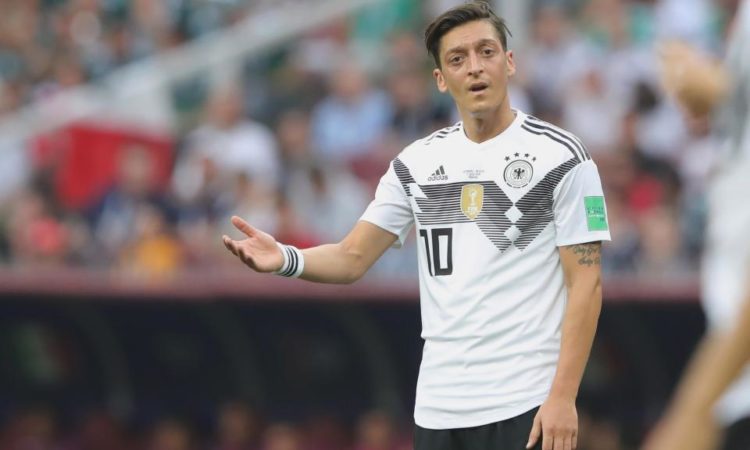 How Mesut Ozil omission from Germany’s line up Paid off

A noticeable omission from Germany’s line up is Mesut Ozil, which kept people ahead of the match in Sochi.

He was criticized due to poor performance against Mexico by due of Germany internationals such as Lothar Matthuas and Stefan Effenburg, after they lost to Mexico by 1-0, Joachim Loew decided to drop him against Sweden, an encounter that would make or mar their knock-out stage hope from Group F.

A glance at the result suggests that it was a call that paid off – in the end.

Notably it got to the moment where Germany needed Ozil’s magical touch as the Arsenal forward look from the bench, though the German coach decision paid at last as they beat Sweden 2-1, thanks to the last minutes winner from Toni Kroos.

The reigning World Champions who was selected based on the best and who was so clinical in every position in the last four years in Brazil, looked so dazed and weak both in defence, midfield and forward.

Sweden, who forth all through the entirely game were outs with an individual class of Toni Kroos in the 94 minutes to set Germany to their first point in the tournament.

Questions are being asked on how the German coach picked the interest and trust on Ozil who has been in some years now, as one of the best players for Germany, who has won personal trophies for five years after becoming German Player of the year starting from 2011 to 2016.

If Joachim Loew fails to feature Mesut Ozil again in their next matches, then the new Arsenal coach will have a fresh player who can on his day be a match winner for both club and country.