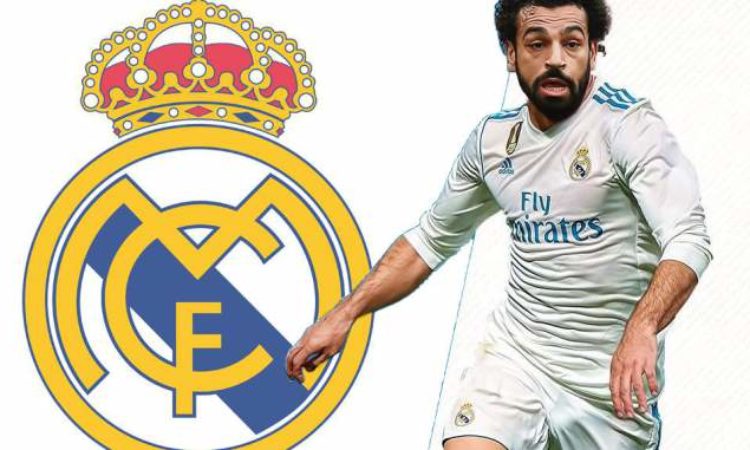 How Mohammed Salah will look in Real Madrid Jersey

Mohammed Salah produced one of the best performances in the history of the premier league last season with 32 goals and 10 assists. The Egyptian’s assault did not end in the league as he took it to continental games by contributing to 14 goals to Liverpool champion’s league surge with 10 goals and 4 assist. The removal of Mohammed Salah in the finals against Real Madrid was a time bomb for the Reds who failed to recover from the shock throughout the game.

Real Madrid no doubt will be looking to the transfer market this summer in a bid to bring a Galactico to consolidate their ageing squad particularly in the attacking department. Fiorentino Perez have already lined up players such as Eden Hazard, Harry Kane, Neymer and Mohammed Salah in his wish list. The departure former boss Zinedine Zidane looks to have put the possibility of snapping Hazard to rest. Perez will have to do extensive talking and negotiation if he intends on bringing Harry Kane to the Bernebeu with the Englishman valued at 200 million pounds. Neymer already has a release clause of 300 million pounds and Oil-rich PSG look uncertain to sell the Brazilian leaving the Madrid president with only the Egyptian attacker as the only Galactico option. Real Madrid have already contracted Spain’s former boss Julen Lopetegui to take over from where Zidane left.

Mohammed Salah last season not only to be weapon in the attack but also a key too as the Egyptian combination of pace and brilliance was seen throughout the season. Lopetegui in his days as Spanish boss have preferred players with such qualities with Isco now a first choice player in the team. Salah vision with the ball is another quality that Los blancos team have lacked as they have relied heavily on Cristiano Ronaldo for goals. Real Madrid last season relied on Marcelo more for their attack as Gareth Bale lacked the consistency to lead the team on the break and this caused them heavily in the league. While Bale possesses a stronger lethal feet compared to Salah, the Egyptian’s team-play and flexibility with the ball outclasses the Welsh winger. Salah have also proved to be a supplier of goals as he contributed 33% of Liverpool’s total goals last term and this could be exactly what Cristiano Ronaldo would crave for the most as he approaches retirement age.

In Conclusion, the arrival of Mohammed Salah will a big boast for Madrid’s boss Julen Lopetegui, Madrid football and most especially Madrid’s title surge.