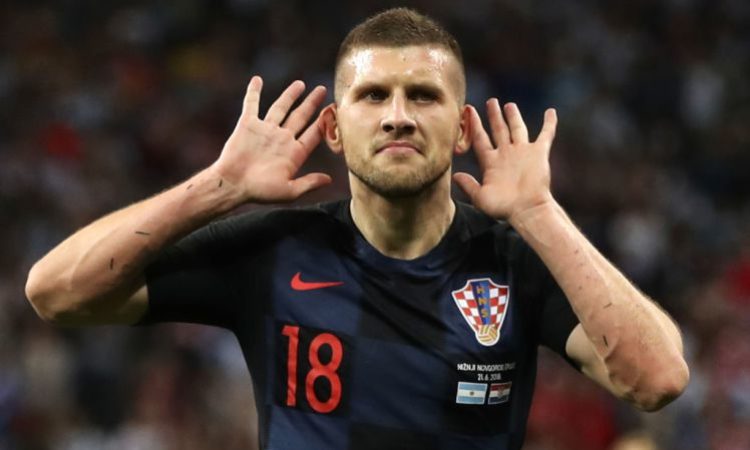 Croatian player could be on his way to Manchester united, after his club looks to have a secured a replacement for him. The Manchester club which was linked with a double swoop for both Perisic and Rebic for a reported £92M according Naij, seems to be closing in on a deal with the Croatian attacker Ante Rebic as his club Frankurt is reported to have found his replacement.

The player’s impressive exploit in the Russia 2018 world cup earned him a place in Mourinho’s wish list with a reported £44M according to Mirror.German outlet Bild reports that the German based football outfit are interested in Sporting Lisbon star Francisco Geraldes.

Geraldes is believed to be a perfect replacement for Rebic, and could feature alongside fellow countryman Goncalo Paciencia following his arrival to Frankfurt early in the summer.

It is said that the Bundesliga based club will offer crisis club Sporting £4.5M for the 23yrs Geraldes. Bayern Munich have monitoring the situation of things in the Portuguese with the former Frankfurt boss Niko Kovac who is reported interested in the Croatian international.

Jose Mourinho when asked by the media after possible transfer have responded that he is currently in the dark about the club’s next summer transfer deal. The club have already added a host of names to the manager’s disposal with Lee Grant, Fred, Diogo Dalot and could still be in for more transfers before the close of the window in August. “I’m not going to lie to you, I’m not going to say somebody is coming or nobody is coming,” was the words Mourinho yesterday.