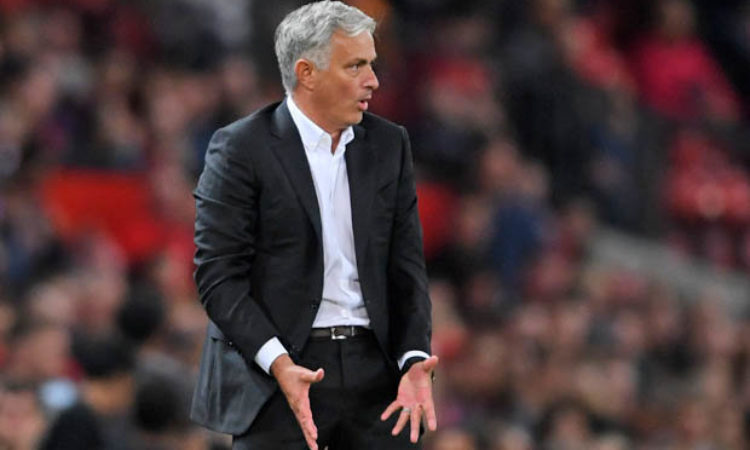 I did not learn anything against Valencia: Mourinho

Mourinho once again criticized his players while making a strange statement that he did not learn anything from the visit to La Maestella. The Manchester club missed a huge chance to go top in their group after Young Boys defeated Juventus at Switzerland.

Mourinho responded that players like Pogba failed to convert their chance, making Rahsford’s goal a mere consolation after Carlos Soler and Jone’s own goal gifted Valencia an early 2 goal lead.

Mourinho went on to say that he expected more from his player in the game but the failed to leave up to expectation.

He said: “I didn’t learn anything from this game – at all. Maybe you did (reporter), but not me.

“Nothing that happened surprised me at all, I am not pleased.”

Mourinho stressed that yet again his out-of-favour stars, including Paul Pogba, that were given a run out against the La Liga strugglers had not taken their opportunity.

“It was a good match to play, without any kind of pressure, in a competition that everyone likes to play in.”

Despite missing a crucial chance to top their group, Mourinho did stress that progression to the knockout stages represented “a success”

He explained: “Before the game I told the players that, if we win tonight and Juventus win, we did our job; if we don’t win and Juventus doesn’t win, we can blame ourselves.

“But finishing second in this group is a success and I don’t think that finishing first or second – apart from a couple of clubs who are clearly much better than the others – [means that] the draw will be significantly different.”