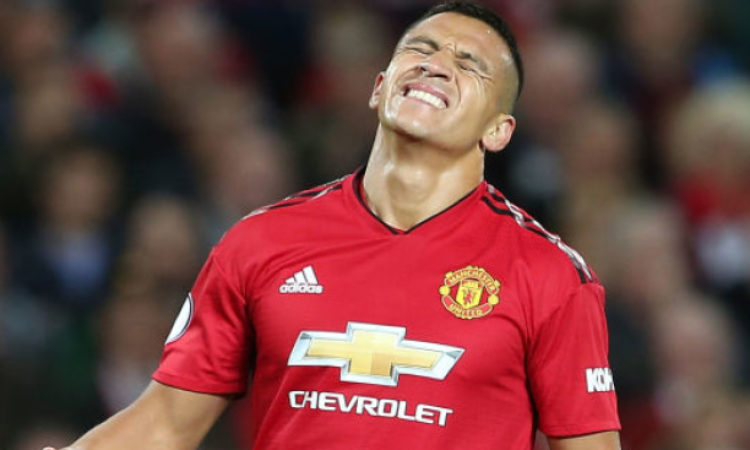 I didn’t ask Sanchez not to play for Chile: Mourinho confesses

The Red Devils returned to winning ways on Sunday, with a 2-0 victory over Burnley at Turf-Morr Park. This was the club’s first victory in 3 matches with back to back defeats to Brighton and Tottenham.

Romelu Lukaku netted a brace in the first interval to ease pressure of club manager Jose Mourinho and Vice-Chairman Ed Woodward, but the match was marred by a number of incidents.

Marcus Rashford was sent off, Paul Pogba missed a penalty, Ed Woodward was berated by a plane which flew over while Alexis Sanchez was seen kicking off after been subbed.

The Chliean international however, has used social media to break his silence. Sanchez skipped international duty to focus on his Manchester united career.

And he posted a photo of him giving a thumbs up to the crowd to his Instagram with the caption: “Come on United”.

This was Alexis Sanchez second start of the season after missing Brighton clash with injury. He was available when Tottenham visited Old Tarfford but was introduced in the game when the Red Devils were 2 goals down.

Mourinho however believes that the player will improve with time. “He’s committed, he’s focused, he works hard. I believe that he will improve,” he said.

“I didn’t ask [Sanchez not to play for Chile], I never ask players not to go [on international duty] and I never contact national teams for players not to go. It’s a personal thing between him and the national manager.

“He feels that, after that [match vs Burnley], he needs two weeks to put himself in good shape and, because of the friendly matches in Asia, they made the decision for his good and, in consequence our good, for him not to go.”