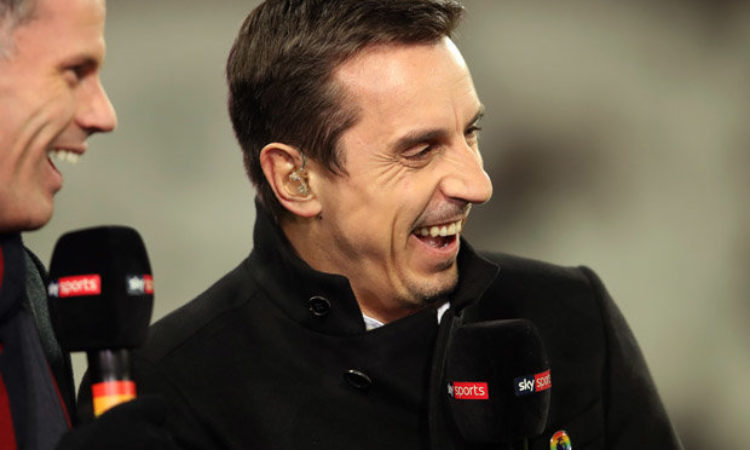 December 25, 20180
Manchester United interim boss Ole Gunnar Solskjaer has stated that he expects intense scrutiny from former Teammate and Manchester United legend Garry Neville ahead of the Red Devils clash with Huddersfield town on Boxing day.
Garry Neville was a vocal critic of former Manchester united boss Jose Mourinho before he was relived of his duties last week. Ole Gunnar Solskjaer being away of the pressure which the former right back can heap on tactician has already revealed that he anticipates a torrid criticism from the former three lions footballer though revealed he is equal to the pressure.
“for 11 years,” he told reporters. “He was next to me and… you know Gary! “He’s paid now to give his opinion and, of course, he should do. I’m no different to anyone else, no different to any other manager when you lead that team out on to the pitch. It comes with a responsibility. “But I don’t play for them. My job is to get the players enjoying themselves.”“Don’t worry, Gary will be really hard on me. I’ve sat next to him in a dressing room
Meanwhile Manchester United returned to winning ways with a 5-1 routing of Cardiff city last weekend. These was the first time the Manchester club is score such number of goals in a single game for the first time since the departure of legendary manager Sir Alex Ferguson back in 2013.
Post Views: 335