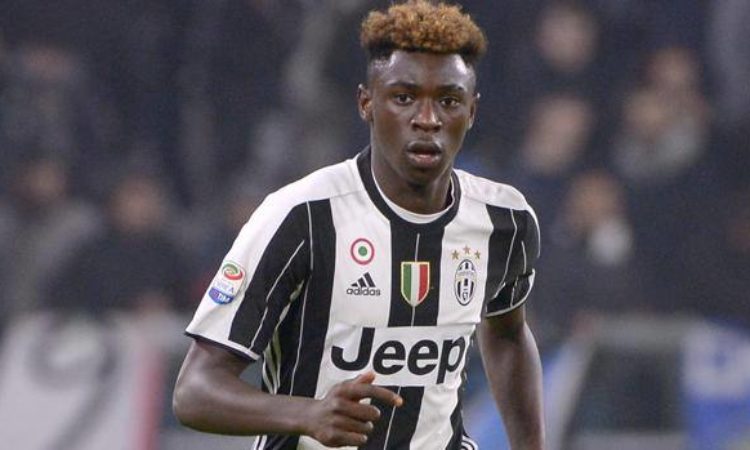 I improve when I play alongside Ronaldo: Moise Kean

Moise Kean has revealed that the impact of training alongside Portuguese international Cristiano Ronaldo. The 18yr old Juventus player made the revelations, while citing that he has always dreamed of playing alongside the Portuguese icon since his childhood days.

At 18yr, the attacker is regarded by many football journalist as the next big thing for the Old Lady, especially in his target man position, considering his talent.

He is not the first Italian to fall into that bracket, with some enigmatic performers having gone before him.

In a media chat with RMC Sport, the player who also values player Mario Balotelli said: “He was my idol, but only for how he played.

“He’s a good boy, he gives me lots of advice because he does not want me to live what he’s been through.”

The youngster went on to discuss about the importance of Cristiano Ronaldo to his footballing career.

He said: “CR7? I had only seen him on the Play Station before!

“Playing with him has improved me a lot, I learn a lot from him as well as from the other champions with the Bianconeri.”

The youngster went on to discuss his future at the Turin. He said: “Will I move in January? I do not know what will happen.

“I do not know and I cannot say what will happen yet.

“The club will decide. They will make their evaluations and we will see.”