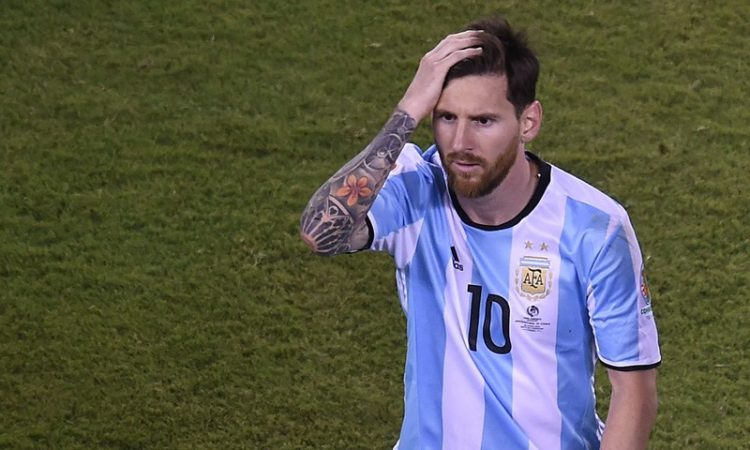 Iceland frustrated Messi and made a Historical Record Against Argentina

Iceland has in recent time been outstanding on international football which also showed off this afternoon after holding on for a 1-1 draw against the last world cup finalist Argentina in their first group match at the 2018 World Cup.

Their population is approximately 335,000, despite their small number their performance today went a long way in capturing the hearts of soccer fans across the world on their outstanding run from Euro 2016, which included a knockout win against England. Prior to the this world cup, they were underdog during the World Cup qualifying, they miraculously qualified to become the smallest country ever to make the tournament.

During today’s match with the Argentines, Iceland really proved prove that they belong among the best in the world of football, and did so with great stability.

After an early lead by Argentina through Aguero early in the first half, they kept their cool and responded soon after through Alfred Finnbogason scoring his country’s first ever World Cup goal to draw the game.

Argentina nearly took lead after they were awarded a penalty kick when Maxi Meza was taken down in the box by the Iceland defender in the 64th minute. The prolific forward Lionel Messi went straight to take the spot-kick and looked like a disappointing one for Iceland, but the Iceland goalkeeper Hannes Thor Halldorsson made a great save to deny Messi the possibility of recording a spectacular display in their first match.

Lionel Messi was seen disappointed throughout the match, especially after he missed the penalty kick. Iceland’s defense tried holding off few more Argentine attacks, and the match ended in a 1-1 draw allowing both team earn a point apiece.

The outcome of the match was not only frustrating for Messi, but so devastating after Just a day after Cristiano Ronaldo inspired his team to a dramatic draw against Spain with an emphatic hat trick, Messi’s horrific miss and failure to convert the penalty resulted Argentina to a losing draw.

For Iceland, the result is just another miraculous result in one of the most impressive stretches in recent history. The team once again proved that they could play with the best in the world, secured a point off of the toughest team in the group, and will have a chance to advance through to the next round.