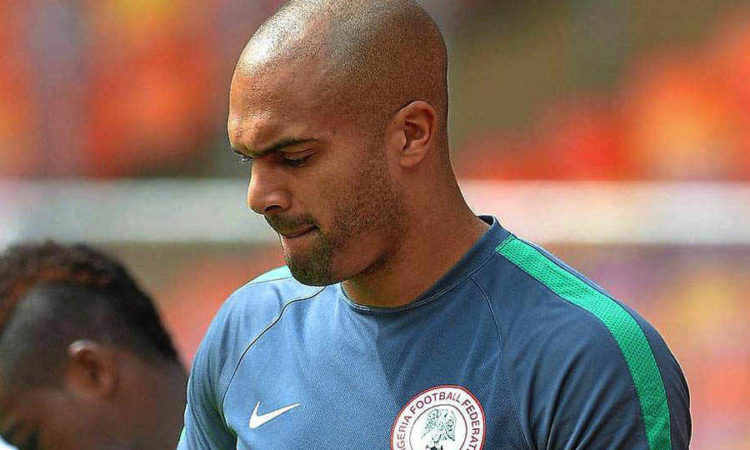 Iheanacho, Musa, Iwobi and others pay Respect to Carl Ikeme

Ikeme played a key role for the Nigerian team in the buildup to their 2018 World cup as a first team goalkeeper before suffering acute leukemia which ruled him out of the tournament.

Ikeme on Friday expressed gratitude the management of English club Wolves. He however reiterated that he will look at the decision as a joyful one while expressing thanks for his career opportunity. Super eagles player have since responded to Carl Ikeme post by releasing tribute to the goalkeeper.

Ahmed Musa was the first to respond to the news in his Instagram. The Leicester midfielder who refer to the keeper as his brother and teammate wished the Nigerian football well as he embarks on a new career. Iwobi was the second to react as the Arsenal footballer thanked the Nigerian international.

Leicester City forward Kelechi Iheanacho said, “God’s grace will always be with you Carl, and you will be remembered.”

Chelsea defender Kenneth Omeruo wrote, “I would have love to play with you more my bro @carlikeme .But am happy you will be with us in good health. You are a legend bro. and am sure Nigerians will miss seeing you in the national team. Good luck my brother and like u said, it’s not a sad day.  Where is the retirement party do.”

Ogenyi Onazi Super Eagles vice-captain wrote,“Thank God for your life and your health, this is most important bro  @carlikeme.”

While Super Eagles midfielder John Ogu wrote, “Thank God for restoring back your health. And Good luck with your next chapter.”