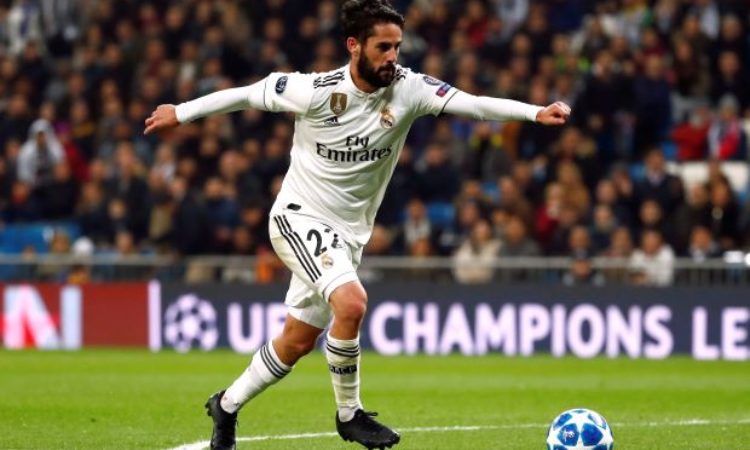 Real Madrid Attacking midfielder Isco has hinted that he wants to remain at Real Madrid despite reports linking him to Chelsea. The Spanish international has been subject to speculations since Chelsea made a £70 million pounds bid.

Media reports has it that Real Madrid boss Fiorentino Perez intends using the player as part of a swap deal involving on loan player Matteo Kovacic to bring Chelsea and Belgian playmaker Eden Hazard to the Bernebeu. His lack of play time at the Bernebeu in th current football season has done nothing but fuel the speculations of the media.

However Isco has revealed that he has no intention of departing the Bernebeu in the current transfer window. The Spaniard made the disclosure in an interview with Spanish media outlet Deportes Cuatro.

He said: “I’m very excited about the new year.

Chelsea is expected to bid for more players in the coming weeks with a Centre-forward as the paramount transfer for the January window.

Meanwhile the fourth place Premier League team will host Southampton on Wednesday as they hope to start the 2019 football year on a positive note.