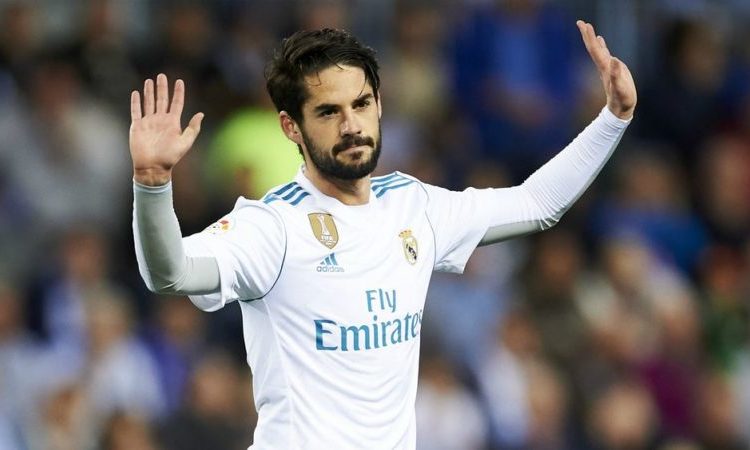 According to Don Balon, that Manchester United have met Real Madrid to find out and discuss the availability of signing Isco, which it’s believed that United are ready to break the bank for a British transfer record to snap the Spanish playmaker in the region of £159m (€180m).

It is believed that while Real Madrid are pondering over the interest and the amount involved, report has it that Isco has turned down joining United after the discussing with his agent and the English giants, Isco made it known of his unwillingness to play under Jose Mourinho because he believes that the Portuguese tactician way of formation won’t suit him..

Isco narrated that another reason behind his decision is the treatment Anthony Martial and Henrikh Mkhitaryan received from Mourinho due to their style of play of which Isco sees himself in such style of play and fear he may fall in same situation should he join.

Notwithstanding, Isco is believed to be thinking about his Madrid future and is expected to meet with Real Madrid new head Coach Julen Lopetegui immediately after the World cup to discuss his future.

Meanwhile Jose Mourinho is believed to be looking for plenty options to try add to his attacking force this summer, of which Juventus Croatian striker Mario Mandzukic is also another target by the Old Trafford club, this is according to the Italian media that United wants the striker for back up to Romelu Lukaku.

According to Monday’s papers, that Jose Mourinho is having a rethink of selling Anthony Martial over fear that the France International might come back to haunt him like he did to the likes of Mohamed Salah and Kevin De Bruyne at Chelsea..