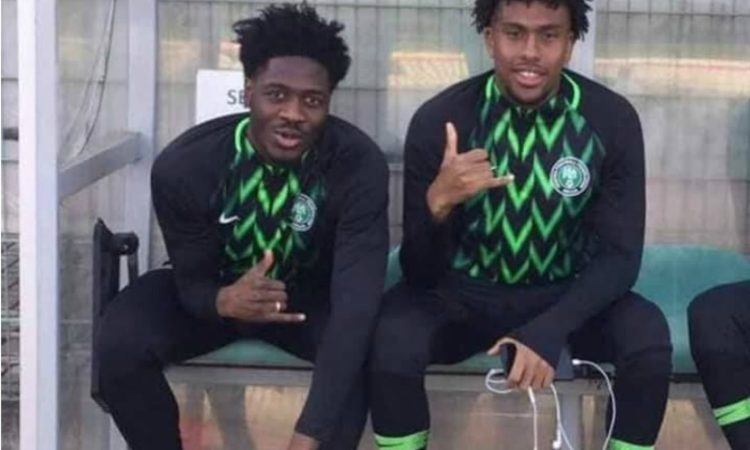 The enthusiasm and optimism in the Super Eagles camp was reduced yesterday ,with the report that two crucial players in Genort Rohr’s setup could miss the game on Saturday. Alex Iwobi and Ola Aina could miss Nigeria’s African Cup of nation qualifying match against Seychelles this weekend.

Alex Iwobi who missed out in Arsenal’s 3-2 victory over Cardiff city was confirmed by Gunner’s boss Unai Emery to be critically ill, while Chelsea Loanee Ola Aina was knocked out in the club’s game against SPAL in the weekend.

Ola Aina was withdrawn from Torino’s game due to muscular injury with the club, stating that he might not be able to make it for the game. NFF is yet to make a statement on Aina who is one of the full-backs at their disposal. According to Torino, Aina might under test to ascertain the level of damage caused by the injury.

Alex Iwobi was reported to have influenza which is likely to rule him out for a while including the weekend game.

Nigeria is currently in third position with zero points, after losing their opening game against South Africa 2-0 last year. Libya and South Africa are joint leaders in the group with three points. Nigeria must edge Seychelles to rekindle hopes of making to the 2019 continental showpiece. The 2019 Africa Cup of Nations begins from January 12 to February 3 in Cameroun.