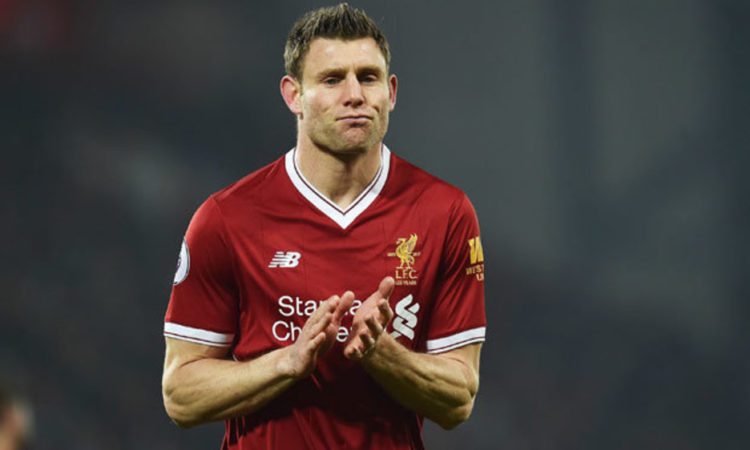 According to Liverpool midfielder James Milner that he has organized a lot of top players for a charity match at Celtic Park in aid of cancer charities.

The Scottish Champions have set up a match in respect of former Aston Villa player Stiliyan Petrov, who suffered from acute luekaemia, the match is scheduled during the first international break on September 8, 2018 under James Milner foundation for the remembrance of his former teammate.

Ex-Celtic youth-player Andrew Robertson maybe on duty during the time of the match and he has played a vital role in helping Milner in choosing the venue.

James Milner explained, “I have played twice at Celtic Park – once in a pre-season match when I was at Newcastle and once for England. But I feel I know Celtic well as Robbo never stops going on about them, he never lets up about Celtic. I thought I was bad going on about Leeds, who are my team, but it’s Celtic, Celtic, Celtic non-stop with him. I am well-drilled about Celtic, the club and its history. I try to wind him up but he just comes back with more”.

The England star will use his relationship during his time Newcastle, Leeds, Aston Villa, Manchester City and present Liverpool team to organize a wonderful players to show up for the match.

Milner said, “I have made a few calls and big names are delighted at the prospect of coming to Paradise, as Robbo insists I call it. Be assured. Top names are coming, obviously Stan and I played together at Aston Villa so I know very well his fight against leukaemia. We were talking about Stan’s foundation and mine doing something together and the idea of a match came up. The obvious choice was Celtic. Stan told me what a great club they are and how everything is organised to the highest level by Celtic FC Foundation. We also know how fanatical the fans are and how they support charity. I know what a big club it is and not just because of Robbo  because I have talked down the years with people who have played for it”.

The 32-year-old Liverpool player said reason behind his foundation, is to ensure that physically challenged children can have the chance to express themselves in sports, that he gets immense satisfaction from the work.

He said, “Sport can makes such a difference in people’s lives, It can help give people a purpose or give them an outlet when things seem hopeless. It is so important to get young people involved in sport and we do that with Leeds Rhinos, the rugby league team, Liverpool Football Club and others. Some children can’t afford to go to sports camps and we pay for them to do that. It makes a difference to them”.

He continued “I basically started the foundation because I wanted to use my profile as a footballer and do some good with it. I get immense satisfaction from it, though it can be hard work. But it’s not about me. It’s about how others can be helped. It is not about looking good. It is about the causes, the lives and how we manage to change things”.

James Milner is a player who loves charity and is willing to help with little he can. He is currently with the Liverpool team on pre-season, gearing up to see off a disappointing last season’s Champions League final.