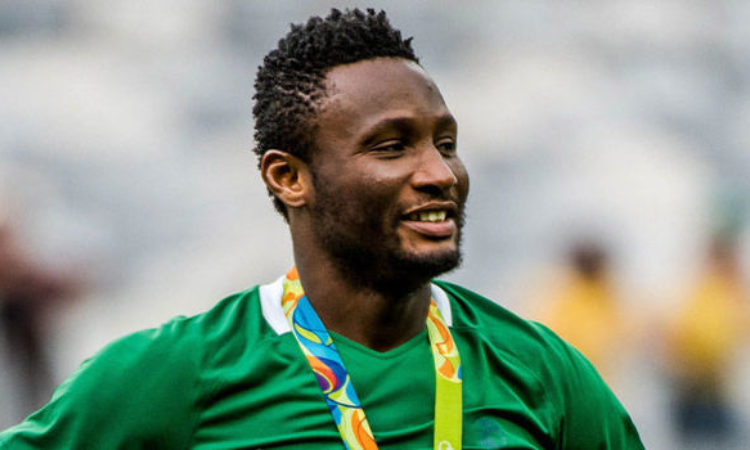 Mikel was hurt in the 2-0 victory at Volgograd stadium and managed to complete the 90mins time with much pain.

Rohr said (Unfortunately there is one injury. We have the captain who has a fracture of the metacarpal, but I think he can play with a cast, So, the medical team is working on him. We are now preparing for our next game against Argentina. We are focused on this game and we will do all to prepare this team in the best way possible).

The three-time African Champions landed in St. Petersburg on Sunday evening, and they will trainon Monday at the Saint Petersburg Stadium against their last match of the group with Argentina.

Nigeria will be eliminated unless they avoid defeat and try win or draw against last world cup finalist Argentina, to be able to qualify for round of 16.

He continued, (There is no injury concern in the team. Mikel is also okey but he is nursing a slight fracture he sustained during the game against Iceland, He will likely play with a cast in his hand, but we have to formally apply to FIFA to seek its permission to allow him play with the cast.

Rohr also assured that the Eagles will be all out for the maximum points against the Argentines.

The Coach admitted that the South Americans are more experienced than his players however argued that the Eagles team is a collection of young talents ready to make a statement.

He also assured that the errors in the two previous games that earned two penalties to Croatia and Iceland have been addressed, assuring that they will equally avoid committing free kicks around dangerous areas.

Finally Rohr concluded by saying, (We understand that this match may be the last World Cup game for the Argentine captain, Messi. We are equally aware that the world will be sympathetic to him, but that will not discourage us. We are going to approach the game with every amount of seriousness and hopefully our young team will triumph over the more experienced Argentina. We will put in everything into the match), he assured.