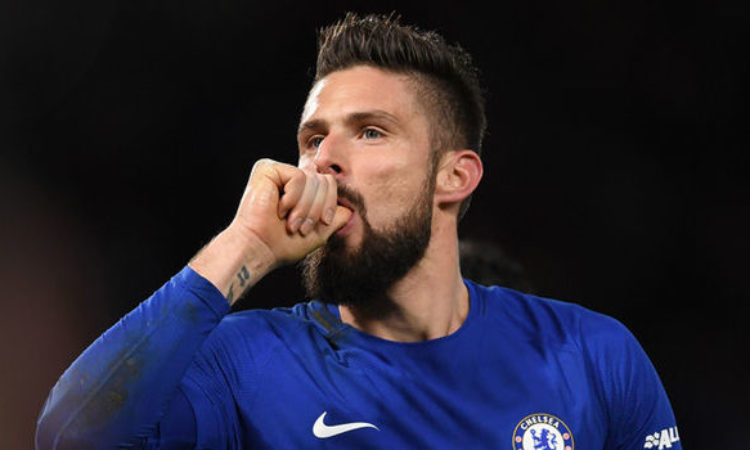 Kante can play anyway in the midfield: Giroud

Kante is arguably the best midfield enforcer in the World after appearing in the FifPro Eleven earlier in the year. The Frenchman was instrumental to Leicester and Chelsea’s Premier League success while also playing a crucial role as France lifted the World cup in Russia.

Kante’s position has been a source of debate since the arrival of Maurizio Sarri and Jorginho from Napoli last summer. The Frenchman has been deployed in the wide right of a 3-man Chelsea midfield why Jorginho has been featured in-front of Chelsea’s back four.

Questions have been raised about the efficiency of the Frenchman in his new role, but fellow Countryman Olivier Giroud believes that the position does not retard his performance.

In an interview quoted by Metro, Giroud said: “I think N’Golo can play every single position in midfield.

“Jorginho or Cesc are the holding midfielders and they are playing a very important part in our game, so maybe in the manager’s mind N’Golo is more efficient playing box to box.

“He can be more efficient carrying the ball and finding passes between the lines. We know how fast he is, so when he recovers the ball he can perforate the lines, that’s one of his main strengths.

“It’s a good position for him. Maybe he needs to be more selfish around the box, when he has the opportunity to shoot. I am pretty sure he will score more goals.

“We don’t need to question his position; we need to adapt to what the manager wants.”

Chelsea will return to the Premier League on Sunday with a crunch derby game against Fulham, with the club hoping to return to winning ways in the league after two successive games without victory.