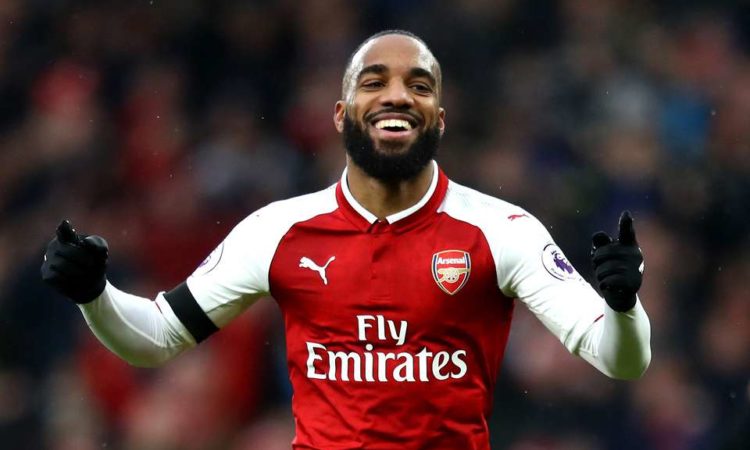 Alexandre Lacazette have claimed that he hopes to have wonderful partnership with Aubamayang when the season kicks-off. Aubamayang is set to complete his first full season for Arsenal, after joining the Gunners from German club Borussia Dortmund in the January transfer window of the 2017/2018 season.

There have been question on whether the two players will be featured in one team considering that both are center forwards, but Lacazette have reacted to the speculation.

The Frenchman believes that he and the Gabonese international can be feature in one team. The Frenchman also added that he looks forward to developing a strong partnership with the former Dortmund center forward.

Lacazette in an interview quoted by Metro said, “I never said Aubamayang’s arrival was bad for me, only people in the press said it was bad”. “I am very happy because I know I could play with him. I didn’t see him as a rival, more like a team-mate, so since the beginning I was happy about his acquisition”. “Of cause, it’s good we have a good relationship off the pitch. If people are good off the pitch, on the pitch it will be easier”.

Arsenal who finished outside the top four zone in two consecutive season, will be hoping to fight for the position these coming season. The North London club have not lifted the Premier league in over 14yr and could attempt to in the 2018/2019 edition.

It is believed that Unai Emery will focus attention on the top four when the league begins while Premier league is tagged to be long term goals for the club at the moment.