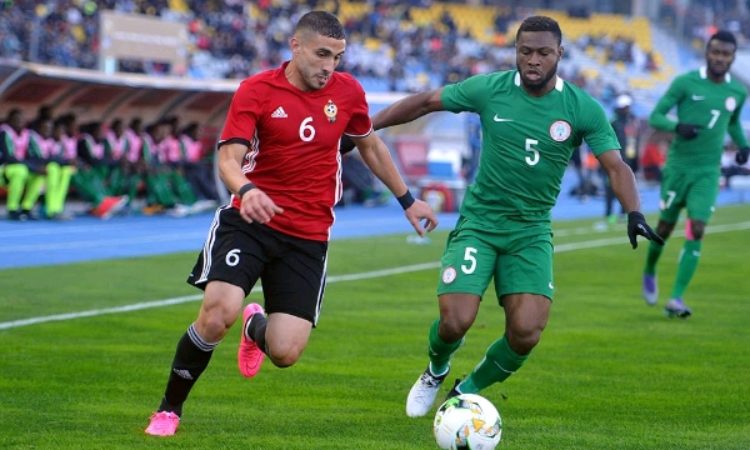 Libya vs Nigeria 2019 AFCON to be played at Algeria

The Libyan football federation have confirmed that Algeria will host their 2019 AFCON qualifying game against Nigeria, scheduled on the 13th of October completesportnigeria.com reports.

The managing director of the Libyan national team Adel Al-Khumisi who made known the resolution of the LFF in a press statement on Monday also confirmed that the Libyan team will not be involved with a friendly game prior to their match day three encounter with the Super eagles.

They will visit third placed Nigeria on the 10 of October will the reverse fixture will be played 3 days later.

Libya have not played any match on home soil for five consecutive years as a result of the civil war that broke out in 2011. FIFA however have allowed the North African country to play her games on neutral soil.

The played their home game against Seychelles at Petro Sport stadium Cairo where the hammered Seychelles 5-1.