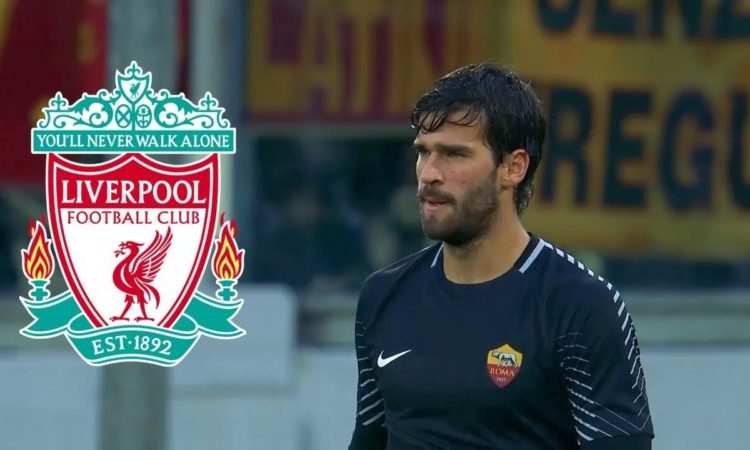 In the late hours of Thursday, Liverpool football broke the bank to secure the services of Brazilian goalkeeper Alisson Becker, in a world record fee of $85M according to nbcsports media on twitter. This deal obliterates a 17yr old record previous held by Gianlugi Buffon, in his $62M move from Parma to Juventus in 2001.

According to Goal.com, the breakdown is $73M transfer fee with $12M as potential add-ons. The former Roma shot-stopper was first given a farewell on the Italian’s clubs platform confirming his departure to the Merseyside outfit.

“In terms of my life and my career, it’s a huge step for me being part of this club and this family,” Alisson said in the club official release . “You can be certain that I’ll give my all.” Alisson also confirmed the trip to Anfield as one of the catalyst for his move to the club.

Alisson comes highly rated from his time in the Italian top flight. The Brazilian who began his career as a youth in Brazilian Serie A club Internacional, have come a long way. Alisson joined the Italian based side Roma in the summer of 2016 after three professional seasons in his home country.

Statistically, Alisson was the best goalkeeper in Serie A last season, with not only the best save percentage in the league (77%), but also the best distribution rate. His impressive stats, was enough to give him the starting nod ahead of Elderson in the Brazilian team.

“When you have the opportunity to sign one of the world’s best goalkeepers then it’s not a long thought to be honest,” was the statement of delighted Liverpool manager Jurgen Klopp after the signing was announced.

The Brazilian is expected to start in goal as the club’s first choice, with Loris Karius, Simon Mignolet and Danny Ward when the football league season commences.