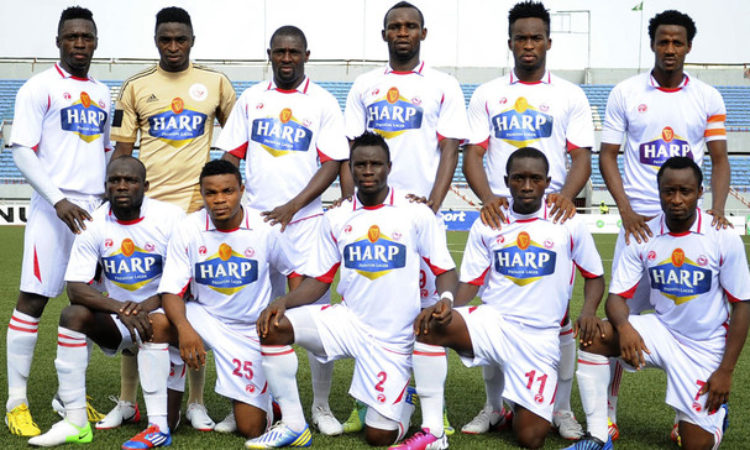 December 25, 20180
According to reports, Nigerian clubs, Lobi Stars and Rangers FC of Enugu will their opponents in the next round of both CAF Champions League and Confederation Cup when the draw is conducted scheduled for Cairo on Friday.
Lobi Stars progressed to the next round of the CAF Champions League following a 3-3 aggregate result against Kenyan champions, Gor Mahia.
The Markudi based football outfit looked in doubt of progression to the next round of the continental games after losing to the Kenya champions 3-1 in Kenya, but the NPFL club bounced back thanks to a 2-0 victory at the Nnamdi Azikwe Stadium, Enugu on Saturday to sail qualify on away goal rule.
It is the second time Solomon Ogbeide ‘ s led side will be playing in the group phase following their debut appearance in the competition in 2000.
The NPFL based football club hopes to be the second Nigerian club to clinch the continental Champions League title after Aba based football club Enyimba won the accolade back-to-back in 2003 and 2004.
Rangers on the other hand made it to the play-off round of the CAF Confederation Cup on Sunday following a 2-0 aggregate win against Union Sportive Madinet Bel Abbes also in Enugu on Sunday.
The Flying Antelopes held the Algerians to a goalless draw in the first leg.
No Nigerian club has won the Confederation Cup in the past.
Post Views: 367