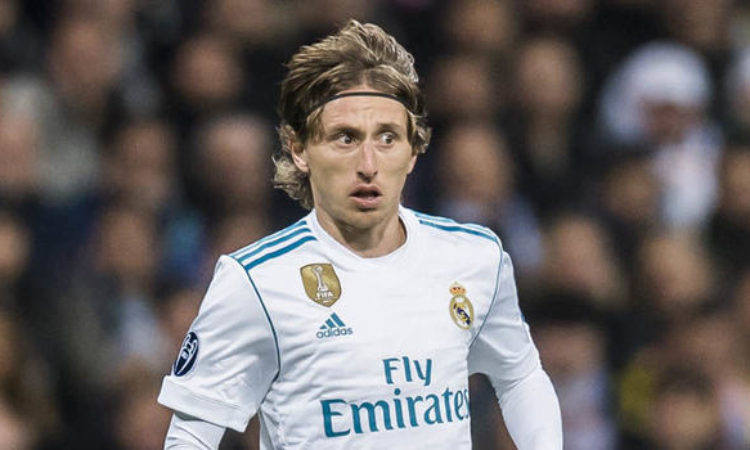 Luka Modric would have been a Manchester United player

Real Madrid star Luka Modric nearly joined Manchester United before the Red Devils got scared off during the time of Sir Alex Ferguson in 2011.

The Croatia team led by Modric are currently lighting up the World Cup in Russia, who won all three of their group D games against Nigeria, Argentina and Iceland to reach the knockout stages.

Meanwhile, currently at Old Trafford Jose Mourinho is aiming to build a team capable of challenging Manchester City for the Premier League title. The Red Devils have already signed one midfielder in Fred and, despite Marouane Fellaini nearing a new contract, deals for Sergej Milinkovic-Savic is said to be close.

After United were defeated in the champions league final by Barcelona, Manchester United decided not go ahead in the signing of Modric from Tottenham, and here is the reason.

Manchester United icon Sir Alex Ferguson came to a compromise with then United Chief Executive David Gill not to forge ahead to sign Luka Modric because of the price tag on Modric’s then teammate Dimitar Berbatov, who United also signed from Spurs.

This was revealed by Daniel Taylor, a football journalist, who recalled his experience on the same situation when Danny Rose was opting for a move away from Spurs to sign for United last season.

Daniel Taylor wrote, (Ferguson was tipped off that the Croat would be keen on a move to Manchester to fill the void left by Paul Scholes’s retirement, in ordinary circumstances, Modric would have been the ideal fit. These, however, were not ordinary circumstances. Ferguson had never forgotten what it was like dealing with Levy in the protracted transfer saga he referred to as ‘the Dimitar Berbatov carry-on’ and when he raised the matter with David Gill, United’s chief executive, the two men agreed they didn’t have the stomach to go though the same again. As good as Modric was, they simply couldn’t countenance another negotiation involving the Spurs chairman).

However, former Manchester United captain Jamie Redknapp made it known last weekend that Sir Alex Ferguson spoke to his then Tottenham boss and father Harry Redknapp about his interest in signing Luka Modric.

Jamie Redknapp said, (The day after Manchester United lost to Barcelona in the Champions League final at Wembley in 2011, my dad received a call from Sir Alex Ferguson, that He wanted to sign Luka Modric. Xavi and Andres Iniesta had raised the bar for midfielders. The best had to be players who could take the ball off either foot, dribble and pass through the lines. Having seen just how impressive those two were against United, Sir Alex identified Modric as the player to take his team forward).

Nevertheless, the move couldn’t materialize because of Spurs Chairman Daniel Levi’s asking price, the Croatian midfielder later joined Real Madrid, were he has won four champions league finals and three in three consecutive seasons with the Los Blancos. The player is hoping to engineer his national team to lift the world cup, as they will take on Denmark in the round of 16.