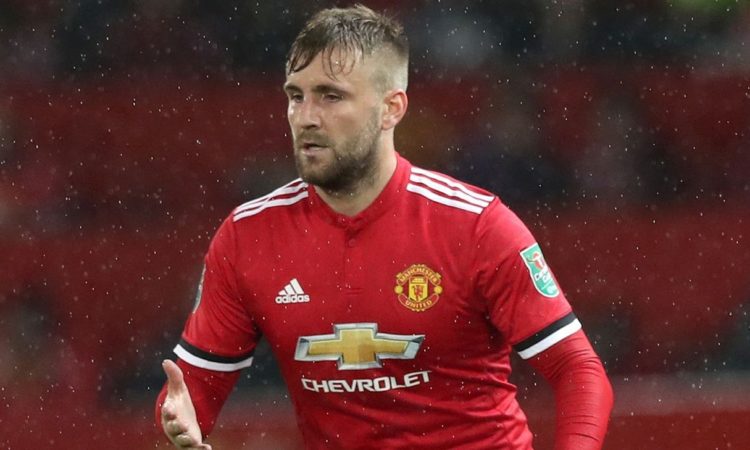 According to reports, former Southampton fullback Luke Shaw wants to stay longer with Manchester United even after the expiration of his contract, which is due next season despite the rumour circulating about his future with the Old Trafford club.

The England defender, who joined the Red Devils on transfer deadline day in August 31, 2015, has just 12 months left in his current contract with United. MEN  have previously reported  that Jose Mourinho had identified Juventus Alex Sandro to replace the 23-year old.

No serious enquiry about Luke Shaw after Newcastle shown interest during the winter transfer market and this may leave the door open for him to leave on a free transfer next summer. Reports has it that the player and his representatives are persuading United into extending Shaw’s contract, but it’s yet to be seen if Mourinho will listen to the offer as the United board won’t just lose out on a young player who they signed in a total of  £27million from Southampton in 2015.

Jose Mourinho has been seen criticizing the player openly and this has made their relationship sour as his representatives ponder if the player can leave on a free transfer to enable him develop elsewhere as he is still 23, the United manager has been hunting for a preferable left back that will suit his style of play, he had earlier earmarked Fulham’s 17-year-old Ryan Sessegnon, but the Cottagers didn’t gain promotion to the Premier League.

Luke Shaw can get his United future secured back if he performs arguably well on their American pre-season tour, after his most competitor Ashley Young was given enough time to recover after the world cup and as Daley Blind is on the verge of rejoining Ajax on a £14.1m this summer. With the likes of Matteo Darmain, who is being eyed with a return to Italy as Juventus wants to sign him, Demetri Mitchel who is a young gun from the academics among those on the tour.

Meanwhile, Daley Blind was omitted among those that traveled with the United squad to Los Angeles on Sunday evening as he is about leaving United and Darmian who is expected to join Juventus slightly made the journey.

It’s yet to be seen how the situation plays out as the new season is just few weeks away from starting.