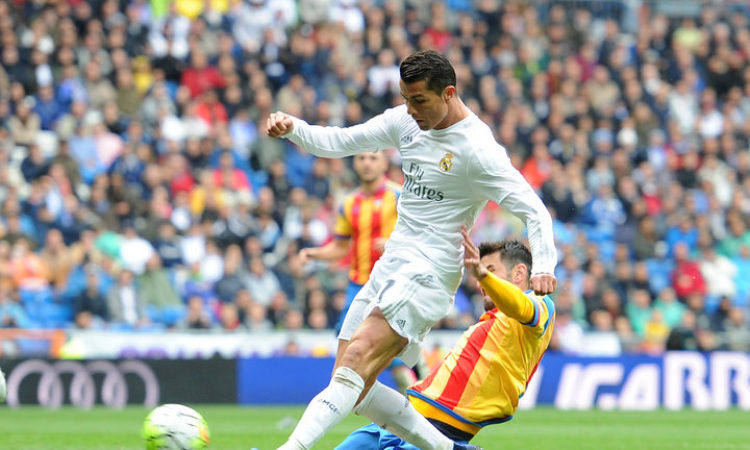 February 21, 20180
Real Madrid defeated Leganes 3-1 away from home yesterday to move up to third position in the Spanish primera division. These is Zidane’s third consecutive win in the league and fourth in all competition as the Frenchman’s tactics and selection seems to be working him lately particularly the recent introduction of Marcos Alonso and Lucas Vasquez as alternatives to the ageing BBC selection.
The Frenchman made a host of changes which the Kovacic, Theo Hernandez, and Casilla on the starting lineup.  Cristiano Ronaldo was handed a rest from the game. Madrid’s back 4 were strengthen by the return of Dani Carvajal. Gareth Bale was dropped to the bench after a poor outing against Real Betis in the weekend.
Real Madrid have been in fine goal form as the side have produced 13 goals in their last 3 matches in all competition but where surprised to go down on the night as Bustinza gave the host the lead as early of the 6 minutes into the game. Their lead however lasted for 5 minutes as Lucas Vasquez and Casemiero combined to level the game for the away side. This was the fourth goal of the play inn 2018 for the Former Espanyol winger who have endured a slow start to the current season.
Lucas Vasquez also made it his 6th assist of the 2018 year with assist for teammate Casemeiro barely at the half-hour mark to make it 2-1 on the night. The lead was sustained through-out the remaining minutes of the first interval. Real Madrid had to wait till the 90 minute to secure their lead Captain Sergio Ramos converted from the spot to wrap-up a perfect outing for the los blancos side.
Zidane in his Post-match conference praised the entire team especially Lucas and Asensio as the pair continues to justify their selections in games. When asked about the Welsh, the manager said that gareth played his game adding that the club is going bit by bit to enable him rediscover his home as he has been on the sideline for a while. Next up for the Los Blancos side is to host in-form Alaves at the Bernebeu.
Post Views: 396
Madrid Vs Valencia Valencia Trending News