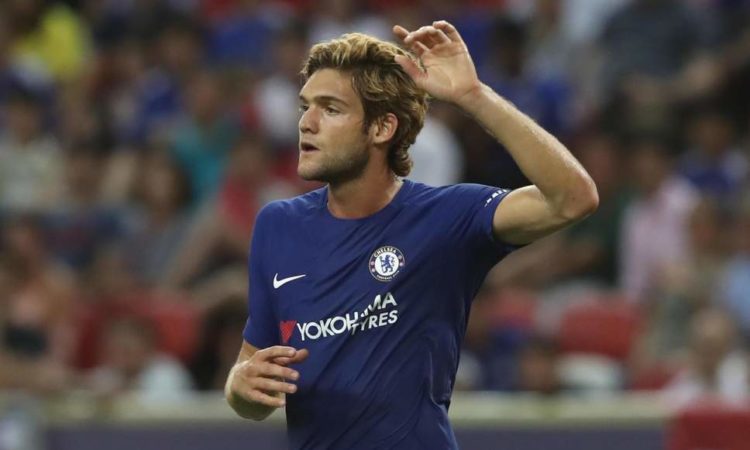 Reports have emerged on Thursday, that Real Madrid is interested in landing Marcos Alonso from Chelsea. According to the Guardian, the Chelsea left back linked with a reunion with boyhood club Real Madrid. Real Madrid which lost to local rivals Athletico Madrid 4-2 in the Uefa sup cup on Wednesday night is reportedly linked with former Fiorentina full back.

The Spaniard grow through the ranks at Madrid club, making solitaire appearance for the European giants before his departure to Bolton wanderers in the summer of 2010.

Chelsea have already lost Thaibaut Courtois to the Spanish club earlier in the transfer window, with rumors of Eden Hazard likely to join the Los Blancos. Real Madrid have been heavily linked with Eden Hazard with reports recently emerging that the club is willing to pay £200 Million for the Belgian international.

Marcos becomes the third Chelsea player to be linked with a move to the Bernebeu.

Marcos Alonso played an integral part of Conte’s 3-4-3 and 3-5-2 formation with the 27yr old featuring 81 times during the Italian’s era at the Bridge.

New Tactician Maurizio Sarri seems to place the same faith in the players as he has been handed a start in the club’s community shield game against Manchester City and the league opener against Huddersfield town.

Despite insistence that the defender is not for a sale, Maurizio Sarri could still cash in if the right fee is reached.