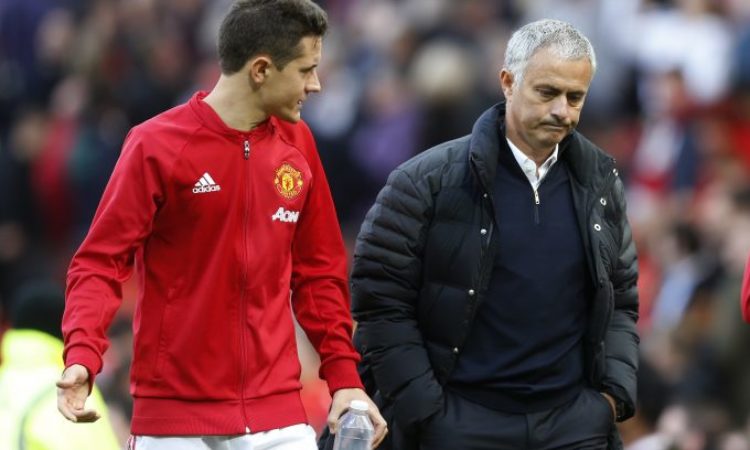 Jose Mourinho’s Manchester united continues to remain in the headlines as the transfer market approaches its closing stages for English clubs. Manchester united have been linked with a host players in the current window with Rebic, Maguire, Willian and Arturo Vidal making the list. However United have been recently linked with an ambitious desire to acquire Bayern’s midfielder Thiago.

Jose Mourinho despite his acquisition of Brazilian midfielder Fred from Shakter Donetsk, is reportedly linked with a move for Thiago as he tries to strengthen his midfield ahead of the new league season.

Since signing for the Bavarian giants in 2013, the Spaniard have gone to establish himself as one of the finest deep-lying playmakers currently in the continent. Despite his undoubted quality the reigning Bundesliga champions have reportedly place him on sale theSun reports. Sun was meant to understand that the club decision was due to his huge figures of his wages.

The player who have been linked with move to Barcelona, Real Madrid and Manchester City could be on his way to Manchester united. Manchester united is said to be interested in the player but seems dissuaded by his transfer fee currently valued at £54m according to Transfermarkt.

The Manchester club is reportedly ready to offer money plus player for the Spanish midfielder with Andrea Herrera reported as the possible player factor in the deal. Herrera currently valued at £27m remains a Manchester united devotee since his arrival but the player lacks the quality of the Thiago Alcantarra at the middle of the park. Thiago Alcantarra consistency and creativity at the middle could decide Manchester united title aspirations/

The transfer remains ambitious both successful, could push the Red Devils back to their glory age in both domestic and continental competition.