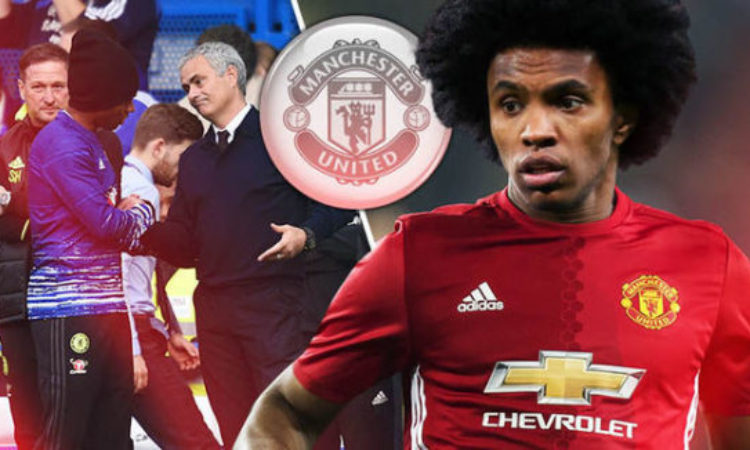 Chelsea have finally accepted Manchester United’s €75m bid, for Brazilian attacker Willian. The London club which have recently rejected several offers from Barcelona for the player, is believed to have finally allowed the departure of its player. Reports from Italy which have been relayed by the English media suggested that Manchester united might have reached their terms on the player.

The offer is reported believed to have several add-ons and clauses with the arrival of Garry Cahill to the old Trafford as a shock option. This is believed to be a last resort for the red devils, in the event that they fail to land a central defender in the summer.

Willian has been heavily linked with Barcelona and Manchester since the beginning of the July. The World cup exploits of the 29yr old Brazilian attacker coupled with his lack of game time under former coach Antonio Conte made his departure from the London club inevitable.

Barcelona had three bids for the player  with the most recent bid valued at €72m earlier in the week but Manchester united seemed to be monitoring the situation as their interest in Gareth Bale gradually faded.

The decision to join either Old Trafford or the Nou camp lies entirely on the Brazilian as the player could push for an alternative destination even if a bid have been accepted.

Willian whose relationship with Jose Mourinho have been good is expected to choose the Manchester club ahead of Barcelona, but the shock addition of Garry Cahill in the deal makes the headline as the Manchester club never declared interest in the player.