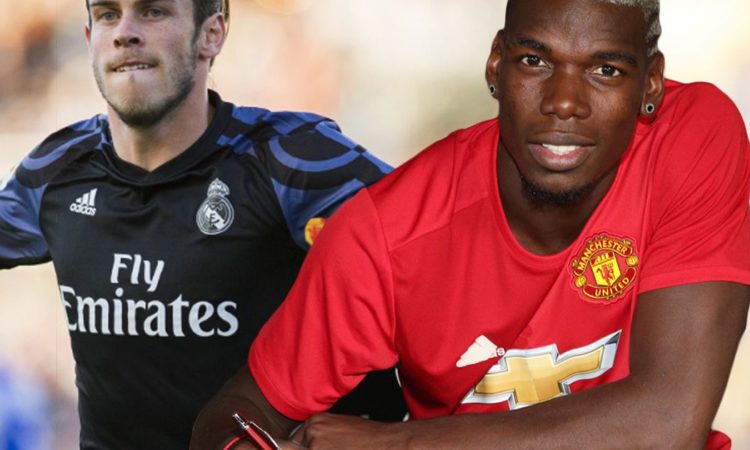 Report has it that Manchester United and Real Madrid have agreed on a swap deal between their two superstars Paul Pogba and Gareth Bale.

Paul pogba has find it difficult settling down after rejoining United in a British record transfer. For some stages of last season, the 25 years old French midfielder was omitted in match day squad severally due to lack of form.

This will be in history the biggest deal of all time as Manchester United have decided to do a straight swap deal with Real Madrid involving Pogba and Bale. Jose Mourinho has been a huge fan of the Wales superstar and is willing to let go of Pogba in exchange.

Pogba has not been in good terms with the Portuguese Tactician which caused much stir between the two during part of the season after Mourinho publicly questioned his form of play.

Gareth Bale made his intention of quitting the European champions immediately after his prolific shot that won Real Madrid their third consecutive straight champions league win, making it known to the press that he will seek for fresh challenge elsewhere to enable him gain a regular game time.

During an interview in Russia where the French midfielder is with his National team at the world made it known that there is actually a rift between the two as he said he will accept any criticism from Mourinho.

Pogba speaking at France’s news conference in Russia, said (It was a better season than the previous one, It was an experience, there were some small issues with Mourinho, but they were nothing in the end, being a substitute, that sort of thing, it helps you to grow. I have to accept it)

Following his then world record transfer of £89m to Manchester United, the French midfielder has failed to replicate the form of which made him one of the sort after talents in the world.

However, he managed to score seven goals and 11 assist in over 35 matches for United.