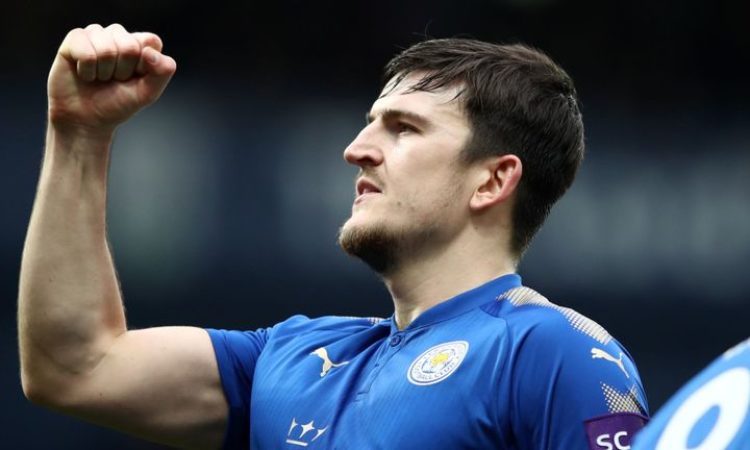 Manchester united have been reportedly ready to break world transfer fee record, in their quest for Leicester city defender Harry Maguire this summer. Jose Mourinho believed to have made defense one of his priority in the summer is reported willing to break transfer fee for a defender as he hopes to bolster his weak backline ahead the new football season.

Maguire’s fairytale career began with an impressive debut season with Leicester city, which was followed by a dominant display at the back for the 3 lions at the world football tournament in Russia. The Leicester defender on his debut world cup appearance was able to inspire the nation to their first semi-finals since 1966.

The Telegraph recently reported that Manchester united are eager to acquire Maguire and are ready break the world transfer fee to bring him to the theatre of dreams. Manchester united values the England international at £60m but are willing to test Leicester’s resolve with £70m in a bid to get the player.

Leicester on the other seems not ready to part way with their player, with manager Claudio Puel working on making the central defender the second highest paid player at the King power. Maguire has four years left in his contract, but The Foxes are reportedly ready to offer him £100,000 a-week deal to ensure he remains at the club.

The arrival of the Englishman, could mean that  Argentine international Marcos Rojo will get lesser playtime.