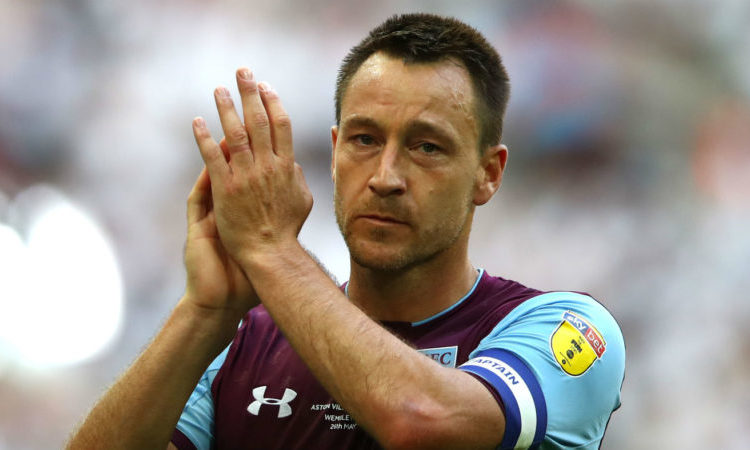 Manchester United linked with a shock move for John Terry

Manchester United has reportedly linked with veteran defender John Terry. The defender became a free agent last summer, after departing the club. According to reports, the former Chelsea defender left Aston Villa due to financial problems.

Recent reports indicates that the odds of the former Aston Villa defender to rejoin with former trainer at the theatre of dreams have dropped.

Terry have been training ahead of his expected return to football and bookmakers Ladbrokes have reduced the price on him joining Mourinho’s united to 10/1.

Terry enjoyed the best moments of his career under Jose Mourinho with 3 Premier League titles, an FA Cup and 3 League Cups while under the Portuguese tactician.

Ladbrokes spokesperson Alex Apati in his interview with the Mirror: “He’s no stranger to a reunion, so we’re not yet ruling out a sensational move from Mourinho for his former Chelsea skipper”

Reports have it that Jose Mourinho have no plans to bring in a short-term solution in the position despite failing to land favored defenders last summer.

Terry is also reluctant to join a Premier League club as he does not want to play a game against Chelsea.

Aston Villa is also hoping to bring back the central defender as the club management are ready to meet up with his demands.