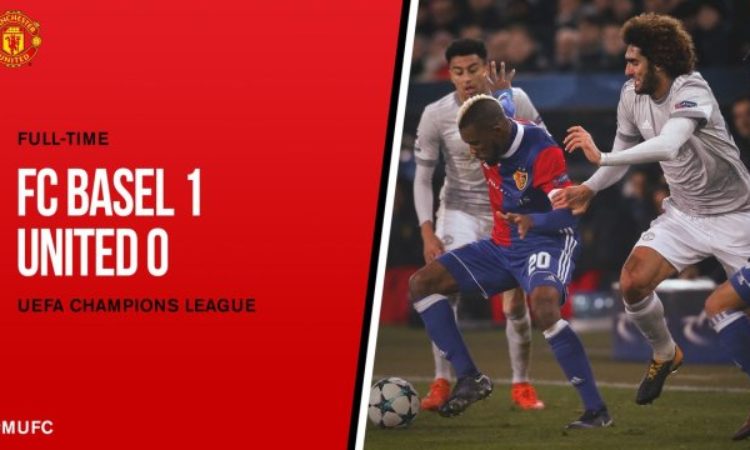 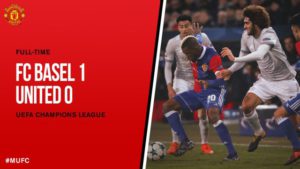 On a night when Chelsea secured their progression to the next phase of the Champions League, Manchester United were left gnashing their teeth as they succumbed to a last minute defeat at St Jakob-Park.
Manchester United had come into the the game aware that a point was enough to hand them passage into the next round of the champions and had employed a pragmatic approach, but they were denied by a Michael Lang’s strike which came in the 89th minute.
On the night, Mourinho’s tendency to set up his teams for a draw in away fixtures in the Champions League was shown up with several players delivering below par performances. Perhaps most culpable on the night were united fullbacks, who were guilty of not offering enough in attack and looking hapless in defense. This was most typified by Mateo Darmian who could not even manage to deliver accurate crosses on the rare occasions he came into promising positions in attack.
Ander Hererra played instead of Matic could not replicate the Serb’s eye for a key pass. He huffed and puffed in midfield but could not attempt a single defence splitting pass like the hard tackling Serb has been doing in the Premier League. Paul Pogba, in his second game since his return, was a notch below his high standards but was arguably still United’s best player on the night zipping passes with pace and purpose.
However inspite of the shock defeat, United is still in pole position to progress as CSKA Moscow would still need an extraordinary turn of events at Old Trafford in just under a fortnight’s time to progress at United’s expense. But Jose Mourinho’s side only have themselves to blame for failing to secure the point that would have guaranteed qualification for the knockout stages and, with it, first position in Group A. The true cost of defeat might actually be more keenly felt in the Premier League.
United are due to face Arsenal and Manchester City either side of the game against CSKA. Had United not blown it in the last minute here, when Michael Lang made the visitors pay for an alarmingly slipshod second half and a series of missed chances in the opening 45 minutes, Mourinho would have had the luxury of resting a plethora of players for their final Champions League fixture. Maybe now he doesn’t, even if United would have to lose by six goals to the Russian side and Basel overcome Benfica not to qualify for the last 16.
And so sandwiched in between two crucial league matches Mourinho has a bigger European assignment to contend with than he would have hoped or expected. By contrast, City, with qualification and first place in Group F already achieved, will be able to rest as many players as Pep Guardiola sees fit without any worry against Shakhtar Donetsk in preparation for the Manchester derby.
Post Views: 268
breaking manchester news manchester united and bassel