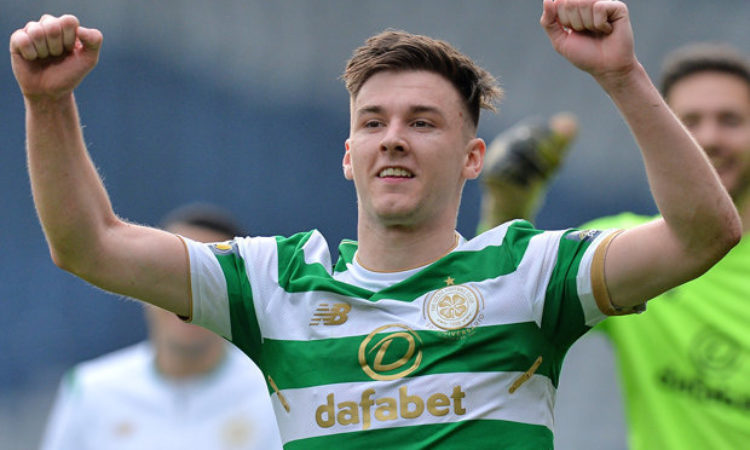 Manchester United on the verge of signing Kieran Tierney from Celtic

Manchester United manager Jose Mourinho has made a new left-back position one of his major priority this summer, with Celtic’s Kieran Tierney being linked with a move to Old Trafford.

News from the Daily Express according to the Manchester Evening that the Scotland International is highly on Jose Mourinho’s wish list as Luke Shaw’s future remains uncertain and the reports has it that it will take United to cough out a total amount of £25million to price the defender away from the Scottish Champions this summer.

At 21, Tierney has won titles with the Scottish giants for some season now and is likely to extend his talents to England with the Premier League clubs like Manchester City who he impressed against during the Champions League last season, as he has faced most of the big clubs around Europe, Tierney is seen to be ready for top challenges abroad.

The youngster has scored a total of seven goals in 130 appearances for the Scottish Champions.

If he is finally signed by United, then he will pose a big challenge for Ashley Young for a starting birth and may in short time make it his, with barely four weeks to the end of transfer market, Manchester United are to act fast and push for his signature, at least before the pre-season tour is finished to allow the player get to know his new players and the nature of English football by competing in some of the pre-season matches.

It’s yet to be seen how Celtic and Manchester United gets to thrash out his deal and let the player concentrate and relax his mind. He will arguably be a good addition to the United present squad, as Jose Morinho tends to build a team capable of challenging their rivals to the Premier League title next season.