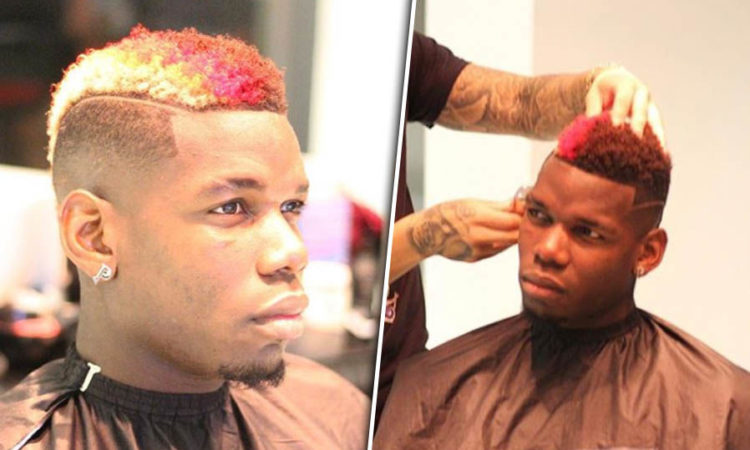 Paul Pogba is said to have flew his London barber to Russia for a 24-hour cut, and it was said that 12 of other France internationals lined up for a trim.

The Barber who goes by the name Ahmed Alsanawi, a professional hairdresser who is seen by footballers their favourite, spent 18 hours at France’s World Cup training base in Moscow, from 8.30am on Wednesday to the small hours of Thursday morning.

The 26-year-old, who owns a small shop in Chessington, Surrey, was based in the Hilton Garden Inn’s giant gymnasium where he shaped up Les Blues, before returning back to London.According to the Barber he narrated that Paul Pogba sorted it out.

He continued by saying “I’ve got Pogba and [Benjamin] Mendy [as clients] but the French players know me through Instagram and they wanted a cut when they knew I was coming.” Before you could know it a queue of French players began to form. Alsanawi ended up with 13 members of the France national team passing through his chair. 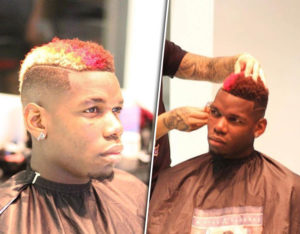 The players includes Barcelona’s Samuel Umtiti and Ousmane Dembélé as well as Chelsea’s N’Golo Kante and PSG’s Presnel Kimpembe. Alsanawi termed it networking, “You meet other players as well.” And one new star to his list is the world’s most expensive teenager, Kylian Mbappé. Alsanawi added: “Kylian has a simple style. “It’s like one level all over with shape up. I tried to get him to have a skin fade but he said no. “I tried to get him to change it for a better look but it’s what he likes and you do what they want.”

Alsanawi when asked if he will stay a bit longer in Russia, he replied “No” saying that he will return home to work in his newly-opened shop.He said: “I’ll be coming back again for the France team, the Belgium team, maybe Nigeria and maybe the England team. “I’m talking with Ruben Loftus-Cheek, it’s just whenever they call you.” He’s also in talks with Pogba about a new style.

Alsanawi said: “With Paul, I’m definitely going to be doing something different soon. Maybe we’ll bleach his hair and go white again. “People like his styles. When they come to our shop, if I’ve created something for him, they come in and it’s a trend that they’re following.”

So is it difficult to produce what the £89million man wants?

“Paul can look at Instagram, see something he likes and hits me up: ‘Listen mate, this is what I want. Make it happen,'” Alsanawi said. “It’s an art. There’s barbers and there’s artists. I like the art work. I’ve got a diploma in art, my background is as an artist, doing the patterns, doing the bleach. “With him, why I’m doing his hair, is because it’s challenging. Every haircut is different and it stands out.”

Alsanawi says the fresh trims provide his clients with a type of marginal gain. “Nowadays, haircuts are a big thing,” he said. “Back in the day, no one really cared but now it’s their image, it’s very important to them. “When you’re playing football, believe it or not, when you’ve had a haircut before the game it does give you confidence. “It’s like going to a club and you’re chatting up a girl. If you haven’t got a haircut you don’t feel very good about yourself, but when you’ve had a cut you feel good in every aspect.”

Alsanawi believes his work helps do that, and he’s hoping his clients are still in Russia come July 15.

He said: “Let’s say Belgium or France go to the quarter finals or semis, then I’m definitely come back because they want to look fresh. “Or even the final, that would be great for me.”