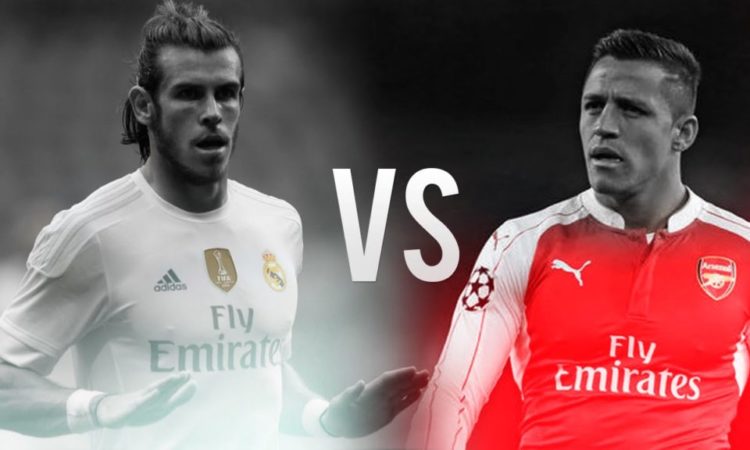 The Manchester United winter signing Alexis Sanchez, who was handed the Iconic Jersey No 7, after being worn by United Legends and former Manchester United players like Eric Cantona, George Best and also Cristiano Ronaldo for the club.

Alexis Sanchez failed to hit the ground running in his first six months for the Club after being signed from Arsenal, making Jose Mourinho’s historical second season of trophies not coming by. Rather the Chilean player maker managed just three goals in many Premier League matches for United.

Now it has emerged that Manchester United are in the market for a player capable of changing the result of any match, and they have identified Gareth Bale as one whose Madrid future is hanging following his comment after Champions League final against Liverpool in Kiev last May.

However, as it was reported that why Bale is seeking for fresh challenge is because of Zinedine Zidane decision of not featuring him in matches, but despite Real Madrid appointing new manager after Zidane resignation, The Wales international is said to decide leaving despite Julen Lopetegui appointment.

Gareth Bale saw himself diminishing under the Frenchman during his reign in Madrid.

According to the Manchester Evening News, which made us believe that there will be no swap deal concerning Bale and Alexis Sanchez if United comes calling.

And reports in Spain has it that Real Madrid wants to sign the former Barcelona striker.

However, according to the MEN, that Manchester United have full confidence on Sanchez to replicate the form that made them sign him and also try leave up to his £400,000-a-week wages.

Jose Mourinho believes that what may have been causing Sanchez deep in form is his inability of having a summer rest for close to five years.

Nevertheless, United Legend Paul Schole criticized Alexis Sanchez after struggling in the FA Cup finals against Chelsea in May, Scholes said, (His performances, well they have to improve, they can’t get any worse to be honest with you. I think the next few games of next season are vital to him, he needs to get fans believing again and believing they are going to get close to City. They need a big player.

Paul Pogba does not win you games on his own. (Eden) Hazard does. Alexis Sanchez doesn’t, he’s shown that since January, they thought he could, but what we have seen. They need two magical players. I think they have got really good players, they haven’t got a Hazard, (Cristiano) Ronaldo, (Lionel) Messi, and I know many teams haven’t, but the difference between the two was the quality in Hazard, we saw that in big games. United don’t have that).