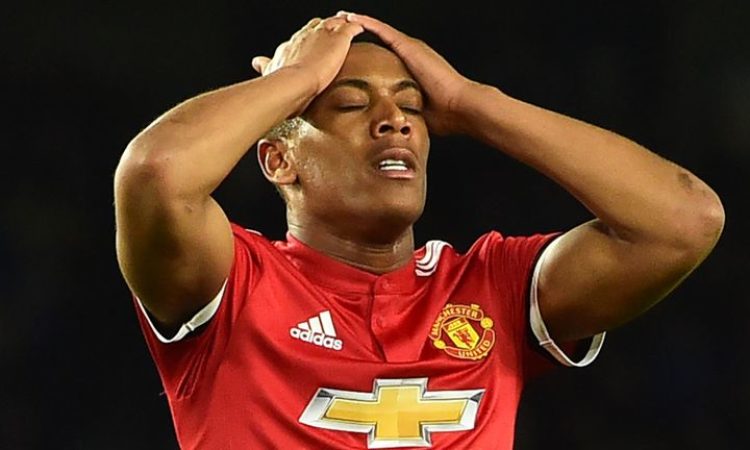 Manchester United Scares off Chelsea and Tottenham: Anthony Martial Future not yet Decided

Manchester United are said to have set a high asking price on their want away forward in other to block further moves from their premier league rivals who are trying to sign Anthony Martial according to report.

The French mans’ future at Old Trafford since second half the season has been on a high, and based on his current form at club level which affected his participation with the France national team at the world cup.

It is believed that Chelsea and Tottenham are both tracking the 22-year-old as they look to add to their forward ranks. And it has been reported that Jose Mourinho has rebuffed any attempt to sell the player to a direct rival. This made Manchester United to hype their price to £75million in order to discourage Chelsea and Tottenham interest.

It’s a hefty fee for a player who his last club goal was back in January, but despite his current form the board still believe in his talent and don’t want to sale the forward believing that he has his best years ahead. It is still rumour because no bid has been submitted for French forward from Spurs, Chelsea or any other club.

New deal is yet to be agreed with the Old Trafford outfit which triggered speculation that things maybe changed soon because the player has concern over his playing time. Earlier this week his agent Philippe Lamboley, referred to his client situation and suggested that Anthony Martial will be leaving United. He said after thinking about all the possibilities, Anthony wants to leave Manchester United.

For United they are willing to extend the forwards contract that will tie for a long time but both parties are yet to strike an agreement for months now.