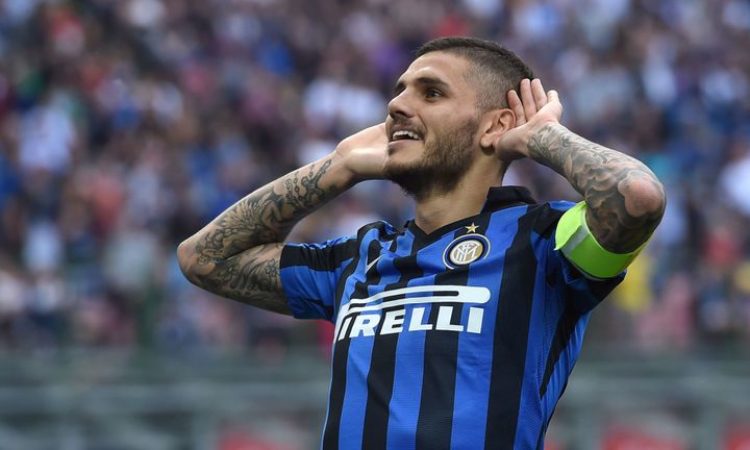 According to reports, Manchester United will move for Inter Milan attacker Mauro Icardi by winter window. Ole via AS have reported that Jose Mourinho is willing to splash the cash for the Argentine attacker as he tries to strengthen his squad.

Reports have it that the Portuguese tactician wants to add another high profile attacker to his squad with Icardi currently his favored choice.

Report have it that Icardi will be the acquired on a club-record fee in the event that he decides to switch to Old Trafford.

The Argentine currently have a buyout clause on his contract. However, any deal to lure him to the theatre of dreams will involve a huge financial package to convince him.

Another reports states that Icardi is currently on the radar of top European clubs with Real Madrid on top of his pile, but also added that there is no guarantee that the player will leave the club even if the buyout clause is activated.

Meanwhile, Manchester united refused to sell Anthony Martial in the last summer because of a singular reason. According to reports from The Sun, the Red Devils refused to sell the French international because of the clause in his current deal. The Sun states that the Manchester club will lose half of any amount realized from the transfer of the former Monaco attacker in the events that he depart from the club.