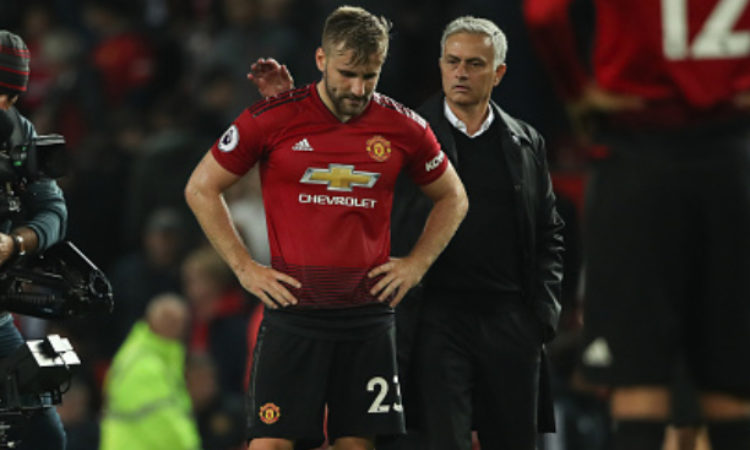 Red Devils full-back Luke Shaw will wait to see how he fares in the current season, before extending his terms of agreement with the Manchester based outfit according to a report by Metro.

Shaw is believed to have enjoyed a good start to the 2018/2019 Premier league season, and this have ultimately earned him a call up into the three lions squad by Garry Southgate for the first time in 18 months.

The former Southampton left-back have made four starts for the Red Devils in the current season and seems to be integral for the club.

Shaw assisted teammate Rashford in the weekend game against Spain, though was stretched off early in the second interval after sustaining head injury. According to reports, the injury have been confirmed to be a minor injury and he is likely to feature soon.

Shaw’s decision to delay his contract extension could be because of his cold relationship with Manchester united boss Jose Mourinho. The Portuguese tactician favored Ashley Young in the left-back position last season as Shaw was relegated to the bench.

According to Metro, the player who is currently on a £130,000 could depart on Bosman terms next summer as his current contract expires at the end of the season. With Shaw enjoying an impressive start to the new league, the England international could be justifying his £27 million price tag and could still revive his career which have been plagued by injuries and fitness problems.