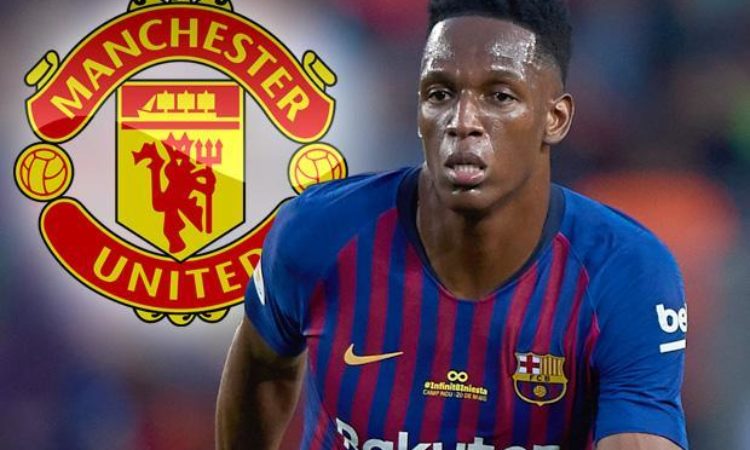 Manchester united seems to have recently focused attention to Barcelona defender Yerry Mina, but the deal could go either way. The Manchester club have been on the hunt for a central defender according to Daily star in the current window.

The club have already been linked with central defender Harry Maguire and right full-back Van der Wiel, but it seems the Manchester club will be trying to complete Yerry Mina deal before the transfer window elapses in less than 5 days.

Yerry Mina who is revered in the aspect of set-piece, have recent been linked with a move to the theatre of dreams as Jose Mourinho tries to strengthen his backline. The 23yr old Colombian international was on target 3 times for country in the last World cup. Yerry Mina despite his immense potential, has failed to cement his place in the club side Barcelona as the Colombian international only featured 6 times last season. The central defender has been touted for an exit as Barcelona have reportedly signed Sevilla’s Clement Lenglet as his replacement.

While desperate Manchester united needs a central defender before the current window expires, the acquisition of the Yerry Mina places a huge question mark on the clubs trophy ambitions. The Colombian international who was reported to be on his way to Everton last week, could signal desperation from the Manchester club. The 23yr old who have excelled when paired with experience defensive partner, might find it difficult adjusting to the old Trafford.

Yerry Mina who is currently valued at £30 million according to Metro possesses good quality, but the ability of the central defender as regards to The Red devil’s title aspiration remains the bone of contention.