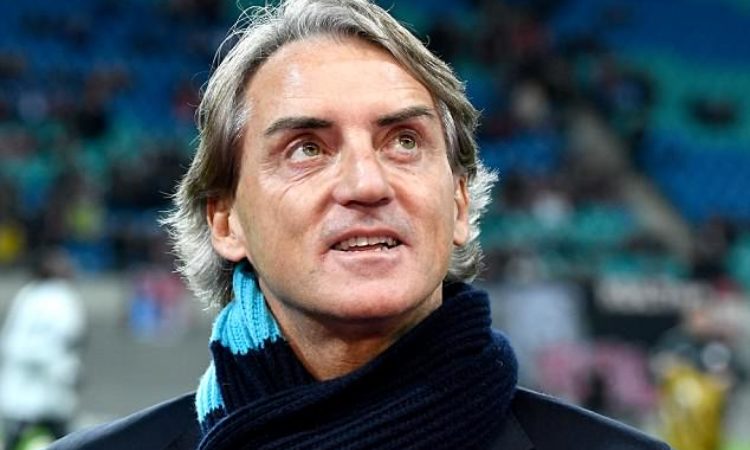 Head Coach of the Italian National team Roberto Mancini was very sorry that Juventus star Cristiano Ronaldo would be absent when Italy take on Portugal in the Euro League of nation clash on Saturday. Ronaldo has not featured for the Portuguese national team since after the World cup the future remains uncertain whether the goal machine will grace the Selecao jersey again.

Portugal despite missing the playmaker has prospered with three wins and a draw in the last four outings since their horror show performance against Uruguay in the round of 16 in the World Cup.

“Cristiano is one of the best players in the world,” Mancini told reporters at his pre-match news conference. “For sure with him on the pitch it would be a different game because he has unique skills.

“But Portugal have other extraordinary players in the offensive phase. I believe it will be a spectacular game even without Cristiano Ronaldo, though we would have liked to face him.

“I think with him on the pitch it would have been even more spectacular. We are very sorry he is not playing tomorrow [Saturday].”

Nevertheless, Italy defender Giorgio Chiellini – who lines up at Juventus alongside Ronaldo – insists the Azzurri will not be altering their outlook, adamant Portugal have plenty of other weapons in their arsenal.

“For us, it [Ronaldo’s absence] won’t change anything in terms of our approach,” the centre-back added.

“It’s clear that Cristiano Ronaldo would be decisive for any team. He is the best player in the world and therefore you cannot say Portugal are the same team without him.

“But Portugal is a good team and they showed they can play and win games even without Cristiano Ronaldo.

“In the Euro 2016 final, even though he was missing, they beat France. They are a very good team and it won’t be easy for us.”

Portugal will progress to the knockout stages if the win on Saturday while Mancini needs a victory to keep Italy’s hopes alive.