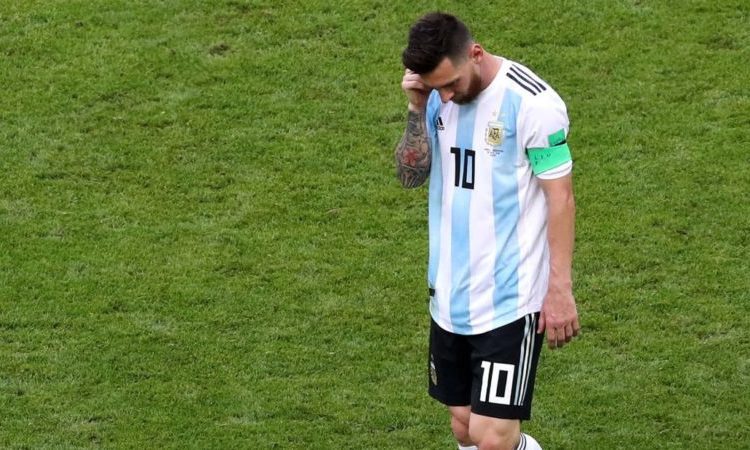 Diego Maradona has heavily criticized the Argentine captain, Messi over their loss against France that led to Argentina crashing out of the tournament yesterday.

Lionel Messi saw his country exit from the round of 16 encounter against the European side after his unconvincing role that called for the Argentine iconic head.

However, the Argentine coach left his proven strikers Gonzalo Higuain, Sergio Aguero and talented Juventus attacker Paulo Dybala on the bench and handed Lionel Messi a false nine position of which Angel Di Maria and Cristian Pavon where on both wings.

Maradona said, (I watched Leo very closely; Messi was very far from the goal. Yes he was put at No 9 but he has to bring the game together. We are talking more about Patoruzú than about Lionel Messi).

Diego Maradona also laid dig on the Argentine manager Jorge Sampaoli on his selection of the starting XI.

Maradona continued, (It was evident from the formation, Pavon, Messi and Di Maria had to go to attack, they had to get in the area around the penalty box, push the centre-backs and trap them in. Yes they can create play, but; they are not forwards).

Nevertheless, the Argentine Legend has been causing stir on the way he celebrates his country whenever they score.

During the match between his country Argentina and Nigeria, he was examined by the medical staff at the St Petersburg stadium after he was seen causing and using his fingers in laying the abuse.

Now that his Nation have been eliminated from the world cup, we are yet to learn if he will continue watching matches.

Their continental competition will come up next year, and Diego Maradona wants new and more trusted players to showcase their talents as to be used in the next Copa America.

When quizzed on the players to choose from, he said, (We have to aim at the kids, go through the good things that the boys leave us with even though they won’t be there anymore, We have to try to inculcate the sacred fire that at times seems to be lacking in Argentina).

Lionel Messi is yet to make announcement on his International future, but many believes that this will probably be his last world cup outing as he will be 35 at next world cup in Qatar come 2022.