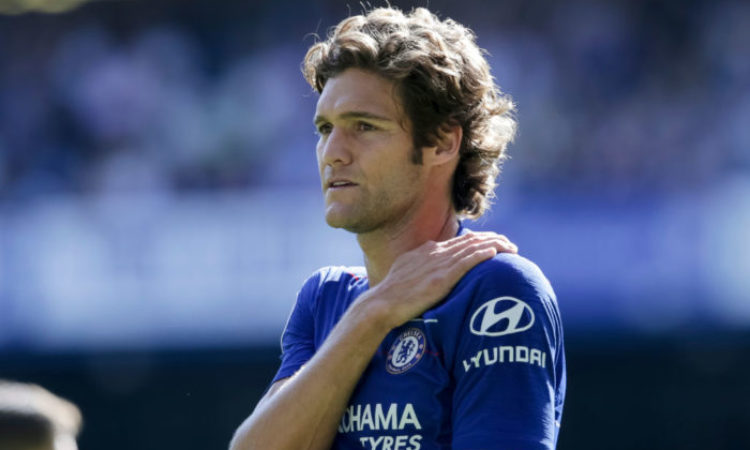 Marcos Alonso has stated that he see out the remainder of his terms of Agreement with Chelsea but admitted he could move to Spain in the future.

Marcos Alonso who was the revelation of Antonio Conte’s title winning team of the 2017 has earned widespread praise for his all-round career performance at the Bridge. The Spaniard was crucial in Chelsea’s 2016/2017 premier league success as well as 2017/2018 FA cup success.

Alonso has already been involved in 7 of the clubs 10 goals in the current season to justify his level of commitment with the club. The Spaniard’s commitment attracted buyers in the last summer with Real Madrid and Athletico Madrid entering a shock race for his signature.

Alonso despite the transfer speculations have insisted that he intends seeing out the remainder of his contract with the Blues. Alonso in an interview with Spanish newspaper AS said: “In England I feel very well known, not only by Chelsea’s fans, but also by other teams”. “The day I leave football I will return to Spain but now I have three years left at Chelsea and I am very happy there.”

The Spanish full-back has already contributed his quota for Chelsea in the current season which have ensured that the club retains its 100 percent record in the Premier league. The Blues face Cardiff after the international break.