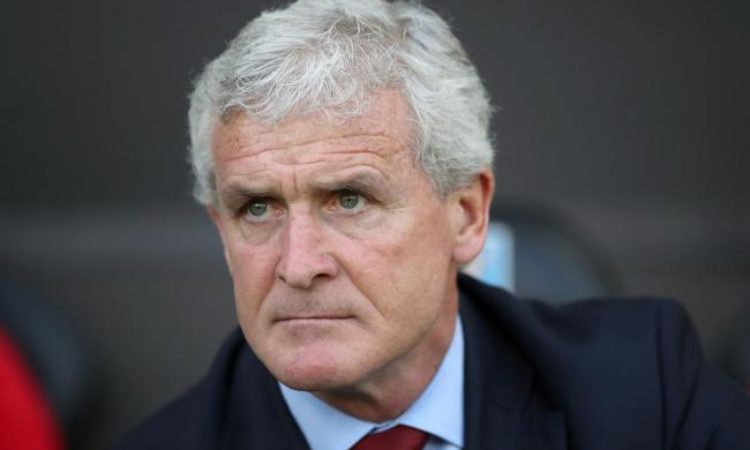 Mark Hughes has commended Italian Duo Maurizio Sarri and Gianfranco Zola for the positive impact they have achieved at Chelsea. The Duo arrived last summer after Chelsea parted ways with another Italian tactician Antonio Conte. The Duo since their arrival, have transformed the West London outfit to a title contending side.

As Southampton prepares to host Chelsea at Saint Mary’s road, Mark Hughes critical of the new style of football deployed by the Blues said: “It’s still early days but I think there’s a shift in what they are trying to do. The previous manager was your more typical Italian coach. They were defensively sound and then would look to counter-attack and break quickly. That’s the usual formula of Italian coache”. “I would suggest Mr Sarri has a different background in terms of his coaching education, so he’s done that a different way. That’s maybe why he’s a little bit different in terms of Italian coaches and how they approach it, he wants to be on the front foot”. “Pressing in high positions and asking questions of the opposition rather than sitting back and waiting to counter. It’s interesting”. “That seems to be the way the top teams are going now, trying to be proactive”. “They’re trying to be on the front foot and pressing from high positions and making mistakes in the opposition back line. And trying to capitalize on them”.

Mark Hughes also heaped praise to Zola who was his former teammate at the Bridge during his playing days. He said: “He was very conscientious as a player in terms of his work over and above what he did with the group. He would always do individual work, so I would imagine he’s still doing that as a coach”. “I’d be surprised if he wasn’t practicing free kicks. He used to spend what seemed like hours after training sessions practicing free-kicks. There’s a reason why these guys are good. It’s because of repetition. Franco always used to do that as a player. I’d be very surprised if he wasn’t doing that as a coach with the likes of Eden Hazard”.