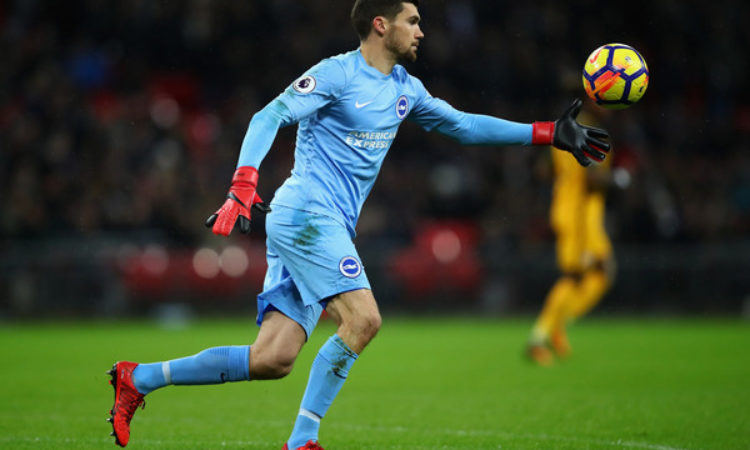 Mat Ryan linked with a shock move to Manchester United

According to reports from UK, Socceros shot-stopper Mat Ryan has been linked with a shock move to the Old Trafford.  The Sun reports that Ryan has emerged as the Red Devils target, after Spain international David De Gea has refused to extend his contract with the Manchester club.

The reports comes after the former central coast mariner’s goalie made his debut in the A-league at the age of 18.

Mat Ryan has maintained clean sheet in his last three consecutive league games in the in the current season, as well as spectacular saves and performance against big teams with Liverpool and Manchester United game still ringing in the mind of the media.

Source at Old Trafford have revealed that the Red Devils have lined up Ryan to replace him in the event he departs the club.

His record at Brighton, league-leading stats and his award-winning stints in Belgium are said to make him a surprise first choice for the club.

Ryan still has three years left on his Brighton deal which means United will have to dig deep to prize him away from the south coast side -– but that will also make the offer even harder for Brighton management to resist.

Ryan ended his affiliation with Mariners in 2013 after three years to join Club Brugge, where he earned a move to Valencia on the back of his success in Belgium. However, his fairytale run ended as he flop at la Maestella and eventual took an escape route to Genk in a loan before joining Brighton in the summer of 2017.