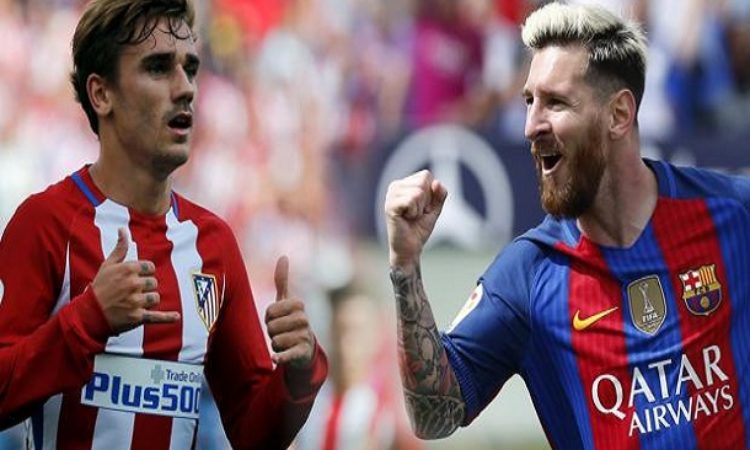 Lionel Messi has thrown the doors of the Camp Nou open to Antoine Griezmann as the Barcelona legend believes that the more the quality players available at the club, the more chances of wresting the Champions League crown away from the vice-like grip of bitter rivals, Real Madrid. The Atletico Madrid forward has been linked to a move to the Catalan giants, who are willing to meet his £87m release clause.

The 27-year-old striker has never hidden his intention to leave the Wanda Metropolitano for a bigger club, and the latest remarks attributed to Messi means the other players are not threatened by his potential arrival at the Camp Nou. The approach of Barcelona in pursuing Griezmann has not been met with positive response from the Atletico faithful, who have booed the former Real Sociedad man for not being clear about his future.

Griezmann is yet to make an official statement on his future, but is focused on doing well for France at this summer’s World Cup. Messi spoke in glowing terms about Griezmann recently. He told Mundo Deportivo that, “I have always said it. It is easy to get along with great players and Griezmann is one of the best, he is going through an exceptional time in his career,” “The coach will then look at how he fits everyone in but he is obviously a great player and we would click together.” he added.

Griezmann is one of the best players in the world and will add even more quality to a Barcelona attack that comprises the likes of Messi, Suarez, Coutinho and Dembele. He joined Atletico in 2014 and has since scored 112 goals in 209 matches for Los Rojiblancos.