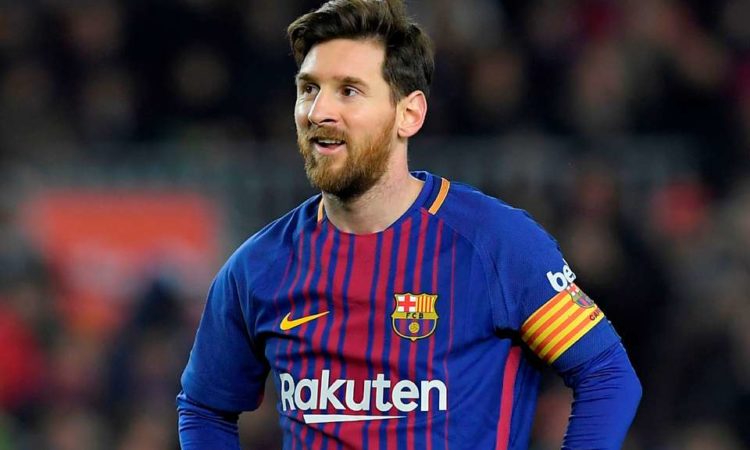 The Spanish giants are still suffering from Antoine Griezmann snub, who decided to turn down joining Barca to remain at Atletico Madrid during an interview last week. The French forward rejected Barca’s advances and extended his current deal to remain with Diego Simeone’s side.

His decision which got Messi so furious after it was learnt that the Argentine is very determined in lifting the Champions League one more time in his prolific career. Since after lifting the coveted trophy in 2015, their highest stage has been semi-final, but have watched arch-rivals Real Madrid dominate the competition for three consecutive seasons in a row, thereby making history in the process under Zinedine Zidane.

And the Argentine superstar know fully well that Barcelona need to strengthen every position in their squad to give them more balance to be able to cope with squad rotation to try retain their La Liga tittle from the clutches of Real Madrid.

Despite winning La Liga in a fashionable manner last season, it is believed that the Catalonians have been disappointment for lack of making the Champions League finals for three consecutive years running. During the quarter-finals with Roma, the Italian side surprised the world by eliminating Barcelona in an incredible comeback in cancelling a 4-1 first leg defeat by putting up 3-0 in Italy to outs Spanish side.

And Messi who was so disappointed after the outing vowed to stop such incident occurring again by taking upon himself to change things around before next season even start. And according to news emanating from Spain, the Barcelona superstar has put up a six-man shortlist of players that he wants the Club hierarchy to take into consideration.

The report said that the 30-year-old wants the following stars: Anthony Martial, Jesse Lingard, Kingsley Coman, Julian Draxler, Mikel Oyarzabal and Sadio Mane. And it said out of these players he has earmarked that both Jesse Lingard and Anthony Martial of Manchester United should be snapped up.

But, news has it that Jose Mourinho will only sanction the sale of one of the players, and with Anthony Martial’s future looking shaky, Manchester United might be willing to do business with Barcelona for the French winger. Barcelona will retain the La Liga if his plans will go the right direction, is yet to be seen if Barca chiefs will do as instructed.